Wednesday 13th September 2017
Baz Morgan is over in France and catching some nice bags of fish, quality roach plus some more exotic species like catfish and pumpkinseed. 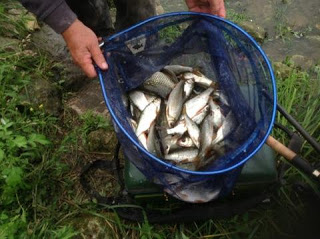 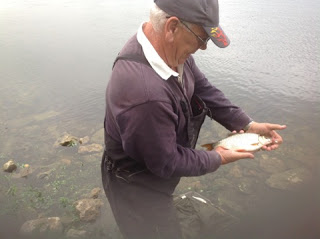 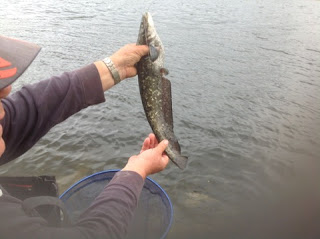 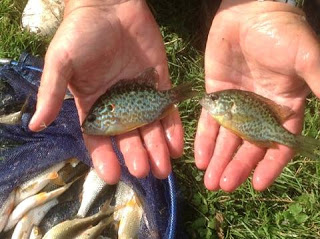 Thursday 11th May 2017
Dillington is still fishing really well and producing some cracking fish like this lovely brace of chub and perch sent in by Steve Hurford caught on prawns! 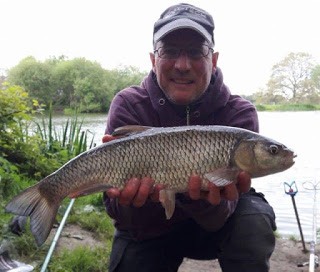 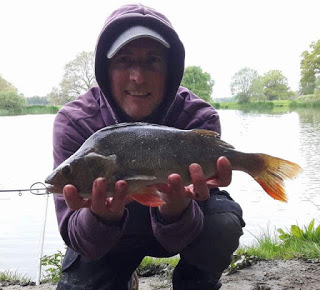 Tuesday 18th April 2017
The latest over 50’s silvers match on Brick and Tile lakes was won by Ron Stark with 23lb 12oz, George Fletcher was second with 21lb 2oz and Eric Fouracre was third with 20lb 14oz. Section wind went to Wally Adcock with 20lb 10oz and Phil Clapp with 20lb 8oz.

Wednesday 12th April 2017
Bob Pascoe had the top weight in the HLS match at Shiplate fishery today with 42lb 14oz and for good measure he included the top silvers weight of 17lb in his catch. Dave Tunstall was second with 32lb 11oz and Baz Morgan was third with 30lb 4oz,

Sunday 9th April 2017
Top weight in the latest HLS match on Ruby and Sapphire was Paul Bowyer with 76lb 8oz of carp, Eric Searle was second with 56lb 15oz and Brian Chivers was third with 52lb 1oz. Best silvers on the day was Danny Danahay with 26lb 1oz, followed by Baz Morgan with 10lb 12oz and Pete Cooke with 7lb 9oz.

John Carr silverfish open match
20 anglers fished the annual John Carr charity match today at Goodiford mill, despite the cold temperatures and heavy rain in the week leading up to the match the venue still fished quite well. First on the day was Graham Davey with 6k 980g, close behind in second place was Steve Barrell with 6k 950g, and in third place was Chris Boulton with 6k 900g.
Section winners were Elliot Fay with 5k 900g and Wayne Mitchell with 4k 300g

Thanks to everyone who fished today, we raised £60 for pancreatic cancer uk

The club would also like to say a huge thank you to Hatim Tall who generously donated to the cause.

Happy New Year to everyone that reads the blog.

I’ve been neglecting the ‘News’ page a bit over recent months which is purely down to the fact that most news etc goes on the Facebook page now, would be great if you could give the page a like, I’m also on Twitter and Instagram too.

The latest Gillhams newsletter is now online and there are loads of big carp coming out
http://www.gillhamsfishingresorts.com/newsletters/september-2016/

Wednesday 14th September 2016
Against Men and Fish is now very proud to be supported by Bait-Tech, look out for details of new products, reviews and some great interviews coming soon. 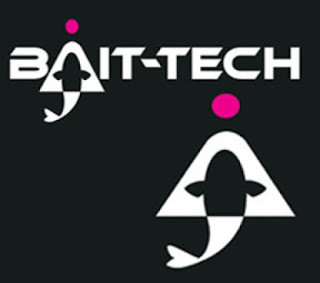 Report on the junior match today from Scott Jackson

Bearing in mind the juniors only fish for 3 hrs, between them all they managed a fantastic weight of 284lbs.

Monday 9th May 2016
The latest Gillhams newsletter is now online and it’s a cracker. Also it’s my birthday today!
http://www.gillhamsfishingresorts.com/newsletters/april-2016/

Saturday 2nd November
The Gillhams newsletter for October is now online and some massive fish have been coming out
http://www.gillhamsfishingresorts.com/newsletters/october-2015/

Ilminster AA juniors fished a match at Dillington today in lovely sunny conditions and there were some good weights recorded after the three hour competition. Most of the weights were made up of roach, rudd and perch and were caught on maggot over groundbait. Ryan Whitworth had the best weight on the day with 5lb 8oz followed by Kai Nakayama in second place with 4lb 15oz and Courtney Pas with 4lb 3oz.
The club would like to thank Scott Jackson, Dave Sydenham and all the parents who helped out today.
1 – Ryan Whitworth – 5lb 8oz

Wednesday 2nd September
The Gillhams newsletter for August is now online and what a cracker it is!
http://www.gillhamsfishingresorts.com/newsletters/august-2015/

Monday 24th August
Bill Hopping set a new match record for Longs lake on Sunday with a massive 190lb 5oz of carp on paste from peg 24.

Saturday 8th August
The Gillhams newsletter for July is now online and some massive fish have been coming out http://www.gillhamsfishingresorts.com/newsletters/july-2015/

Tuesday 28th July
New! Website links added to lots of fisheries on the Where to fish page, have a look http://www.againstmenandfish.com/where-to-fis/

Wednesday 8th July
The Gillhams newsletter for June is now online and it’s a belter this month
http://www.gillhamsfishingresorts.com/newsletters/june-2015/

Saturday 4th July
Fancy a long weekend? Pete at Summerhayes has asked me to post an announcement that he will be running some costcutter matches on Fridays starting on the 10th of July onwards. The price will be £12 including Golden Peg money,10am draw, fish 11am-5am anyone interested please contact Pete on 07866 557896

Sunday 31st May
The Chard Reservoir league got off to a flying start today with some fantastic bream weights, leading the way was Tackleuk’s Scott Russell who drew peg 31 and caught 44 bream for a staggering 193lb. Les Braunton was second with 123lb and Graham Pepper was third with 83lb.

Wed 27th May
Some fantastic weights today in the Lyons Gate Old Mill Club match, Baz Morgan whipped out over 300 rudd for 46lb 4oz and first place on the day, Bob Crisp had a similar net weighing 41lb 8oz for second and Steve Challis had 16lb 7oz of bream and tench for third.

Thurs 21st May
The Gillhams newsletter for April is now online and some massive Siamese carp have been coming out
http://www.gillhamsfishingresorts.com/newsletters/april-2015/

Sun 10th May
The Ilminster AA match today at Dillington saw some fantastic weights, Graham Field won on the day with over 300 fish for 19lb 14oz from peg 10. Lots of quality roach and rudd featuring in catches along with odd chub, perch, tench and skimmers. Frank Woodard had a lovely bream of 4lb 10oz in his third placed catch.

Tues 5th May
The Gillhams newsletter for March is now online and there’s plenty of Mekong madness!
http://www.gillhamsfishingresorts.com/newsletters/march-2015/

Tues 21st Apr
Icon Films sent out their latest press release today to say that the River Monsters Fish On! app has launched for Android. For more information on the app and more, visit the ‘River Monsters’ website at www.rivermonsters.tv/app

Tues 7th Apr
The Gillhams newsletter for February is now online and I really must start planning my trip for this year soon!
http://www.gillhamsfishingresorts.com/newsletters/february-2015/

In other news (or rather a lack of!) I haven’t been updating this section as much lately, there’s no excuse but I do tend to update my Facebook page more regularly, please have a look and like the page which can be found here https://www.facebook.com/pages/Against-Men-and-Fish/329159217119993 and if I get to 1000 likes I’ll run a little competition.

Sat 28th Feb
The Gillhams newsletter for January is now online and some awesome fish are being caught
http://www.gillhamsfishingresorts.com/newsletters/january-2015/

Mon 9th Feb
The club asked me to remind people that it’s Ilminster AA’s AGM on 27th Feb at the Royal Oak starting at 7:30.

Tues 27th Jan
Also, popped into Ilminster today at lunchtime and had a quick look in the Dog and Country Club shop, primarily catering for shooting and dogs, they also have a small selection of fishing tackle along with country clothing and footwear plus some real ales and cider. Well worth a look if you are in town or check out their website at http://wwwdogandcountryclub.moonfruit.com/home/4583539126

A friend of mine has a Preston Absolute Seatbox for sale, it comes with a spare tray and is described as being in immaculate condition. He wants £430 but is open to offers, if you’re interested, get in touch via the contact widget on the blog.

Tackleuk are holding some opens at the Viaduct (details below)

TACKLEUK VIADUCT OPEN MATCH’s 2015…….We are holding 5 Open competitions on the following dates through the summer…We will be taking names on a first come first served basis and will need a £5.00 deposit per match. Pools on the day will be £15.00.
To book in and pay your deposits please see Ash or Scott or alternatively book in through the Tackleuk shop in Yeovil.
PLEASE NOTE: Last year some people dropped out for various reasons which made working the payout out etc very difficult. So this year If you cant make a certain match your £5.00 deposit will be non refundable and will be added to the pay out on the day.

We will hopefully holding some match’s later in August/September/October at Todber Manor fishery, we will keep you posted on these as and when they are arranged

Ilminster AA members were at Dillington Pond for round seven of the Royal Oak league on Sunday. The fishing was a little tougher than in recent matches but double figures was still needed to win. Tackleuk’s Scott Russell had the top weight on the day with 154 roach for 10lb 4oz from peg 18. Justin Charles was second with 6lb 8oz from peg 19 and Baz Morgan was third with 5lb 14oz from peg 17.
After seven matches and dropping the worst result, Robin Cox leads the way with eight… points followed by Justin Charles on ten and Steve Parker on thirteen.
Round six of the V.E.S. Precision league is next Sunday and the draw is at the Oak between 8:30 and 9:00.
1 – Scott Russell (Tackleuk) – 10lb 4oz
2 – Justin Charles (Ilminster) – 6lb 8oz
3 – Baz Morgan (Baz Angling) – 5lb 14oz

Thurs 16th Jan
The Gillhams newsletter for November is now out, loads of big fish and great photos
http://www.gillhamsfishingresorts.com/newsletters/november-2014/