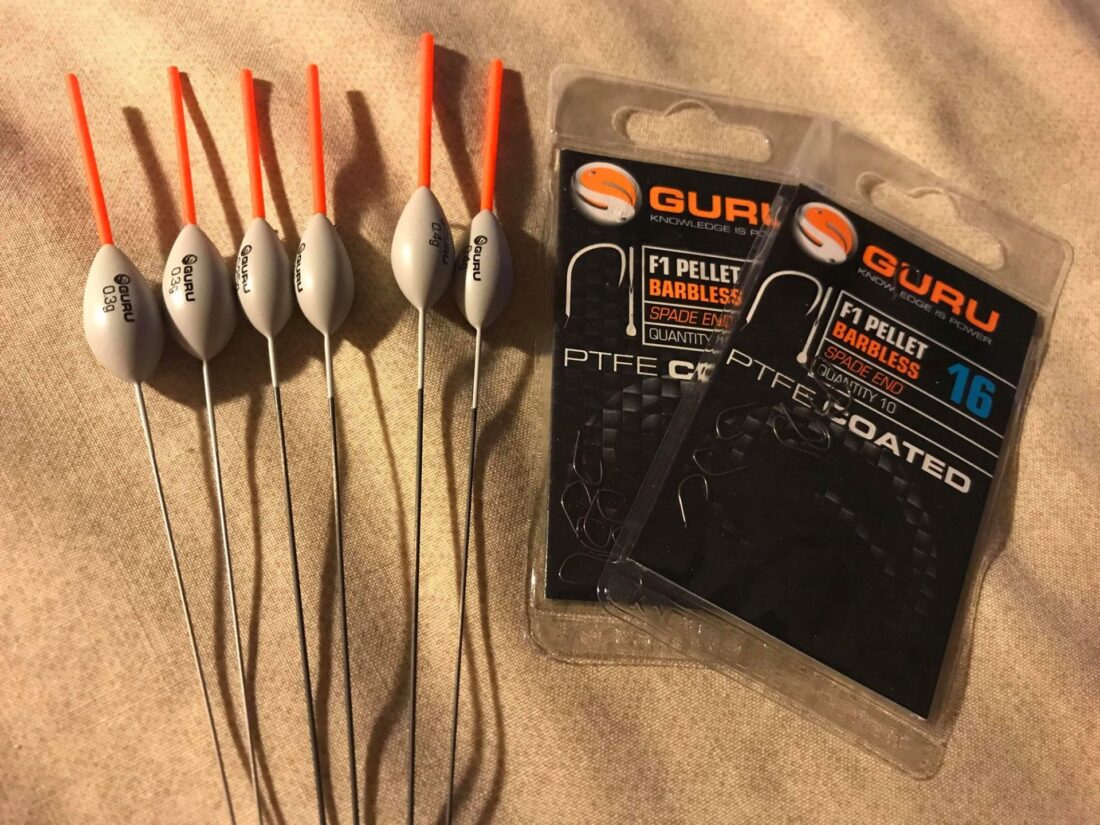 Mick Wilkinson floats first came to my attention way back in 2013 when Steve Ringer would often mention in his magazine features the MW Diamond he used for meat fishing and the F1 Slim he used for F1’s and silvers. I was fishing for skimmers a lot at Summerhayes and thought the latter pattern would be ideal but getting hold of some was a different matter. Every time I checked the MW Floats website (and I was checking it a lot!), they were out of stock and every batch he added to the site would go really quickly.

Then one day I looked and they were back in stock, I couldn’t get my credit card out quick enough! I ordered some F1 Slims in 10 x 11 and 14 x 11, the sizes that Steve said he used the most. A little package soon arrived and the floats looked awesome with a light blue mottled finish, I made them up with spread Stotz and used them exclusively on Longs lake at Summerhayes, the lighter version for the short line and the heavier float for the longer lines. It’s testament to their quality, that I’m still using them now, they’ve taken a lot of punishment from accidental carp over the last six years and they’re still going strong, I’ve never had one break (touch wood) with a slightly bent wire stem as bad as it’s got.

At £2.35 a pop, they certainly weren’t cheap but like anything in life, you pay for quality and MW floats are certainly that! Mick also brought out some F1 Pears for less than ideal conditions and I managed to get a few but to my eternal shame, I’ve not used them yet! Due to popular demand he also did a F1 Slim with a carbon stem but I was never lucky enough to get hold of any! Over the next couple of years everybody went handmade float crazy as float makers along with stickers and gluers started popping up all over the place (and that trend continues to grow if Facebook is anything to go by) and I posted about the handmade float revolution in 2015 which can be found here 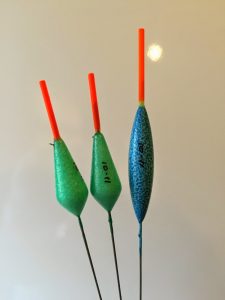 Fast forward to 2019 and Guru have grown into a fearsome force in the world of tackle with an almost cult like following and the majority of their products are well thought out and immediately become best sellers, I’ve gone from being a little sceptical to an orange devotee! Where they have been very clever is that with a lot of their recent releases, they haven’t tried to reinvent the wheel. They know that Rive seat boxes and Daiwa rods are arguably the best in the business so why try and directly compete with them when they have their own devoted followers, instead work with them to produce boxes and rods to their own specifications, brilliant idea.

Then came the teasers about a new Guru Mick Wilkinson pole float range, how would that work then? Mick couldn’t keep up with the demand for his floats before so how would he be able to produce enough to satisfy the orange army? Would they just be mass produced floats with his name on? I was looking forward to seeing how this panned out. As the release date got nearer, more details became available and initially, three patterns would hit the shops, the Diamond, Pinger Wire and Pinger Carbon.

Identical to the Pinger Wire, but with a carbon stem. Very difficult to tangle, and extra robust! Ideal for fishing through the water and on the drop, helping anglers get perfect presentation!
– 1.5mm hollow plastic bristle
– 0.7mm carbon stem
– 0.25g, 0.4g, 0.5g, 0.75g, 1g

As the date for release neared I wasn’t seeing much about it on social media and messaged Adam Rooney to see if it was still happening and fair play to him he got back to me quite quickly to say it was delayed by a month. In fact the new date came and went and I started to think they’d over stretched themselves this time. In fact they actually came out the following month but would I be able to get hold of any? I know one of my local tackle shops had sold over 1000 on pre-order and I felt sure this would be the same for most Guru stockists.

Talking to the Tart he said his local shop, Tackle Trader, would be getting some in so I put in an order for a few of each pattern in a couple of sizes, 12 floats in total which at £2.49 each came to nearly £30 and I can honestly say I’ve never bought that many floats in one go before! As the revised release day inched ever closer, Guru ramped up the teasers on Facebook and some of the videos were really interesting as they went into the detail of the floats manufacturing process.

The floats were being made to Micks exacting standards from scratch here in the UK, Guru invested a huge amount of time and effort into getting everything right, from buying in all the materials and machines to employing a team to assemble them. The foam for the bodies is bought in, cut and machined in house before being glued to the stems using the strongest glue available. The floats are then painted with up to nine coats of paint and even the bristles are painted on site.

Finally the day arrived and the Tart even sent me a video from the shop to show me they’d arrived, I was like a kid at Xmas! He even dropped them round on his way to a committee meeting (bless him). I have to say they certainly looked the part in Guru grey and I’d gone for orange tips on all of them. 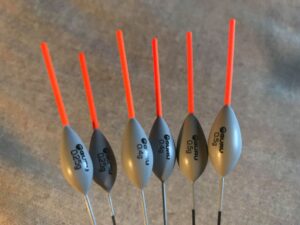 Loving the Carbon Pingers so far! 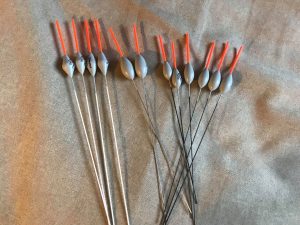 I made a couple of rigs up and the first one I used was a 0.5 gram Carbon Pinger at Summerhayes, admittedly it’s very early days but the float shotted up perfectly and stayed like that until the end of the match, no mucking about taking shot off or adding bristle grease. The float also sat very nicely and they certainly look pretty robust and I hooked a fair few carp during the day, I was that impressed I got home and immediately asked the Tart if he could get me some more!

My next match at Summerhayes was on the shallower Longs lake so I used a 0.25 gram Carbon Pinger which behaved perfectly all day and I went on to win the silvers with 21lb 5oz of skimmers and crucians. I popped into Somerset Angling the week after and bought a load more plus stocked up on my favourite Guru F1 Pellet hooks which are just brilliant for commercial silvers with soft pellets. 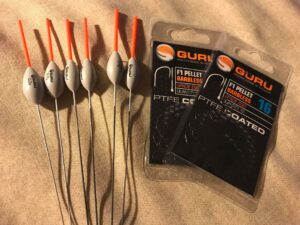 A match made in heaven for commercial silvers

I’m looking forward to seeing which patterns will follow this first release, I did see in one of the videos, a cookie/dibber style float and I reckon the F1 Slim (possibly with carbon and wire stems), you heard it here first!!!!