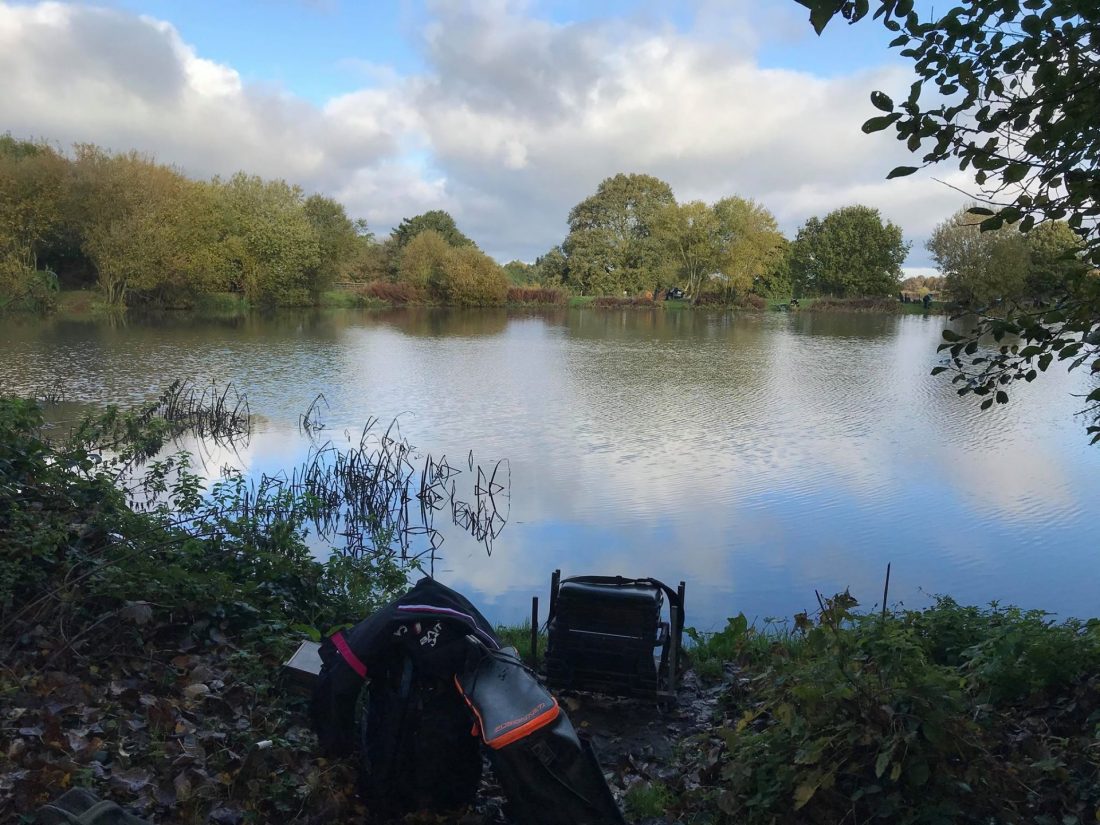 Plenty more of the wet stuff meant we were back on the pond for this one and after the last match where I’d fished for skimmers and only managed one, I was determined to just fish for roach this time as only 4lb 15oz won that day as I said to Terry ‘The Toast’, I was sure I could do a pound an hour (remember that!). A couple of anglers dropped out last minute, meaning we were down to nine for this one including Vic Bush who was really looking forward to fishing the pond after hearing so much about it.

I announced the draw and with a few balls left I asked ‘The Toast’ to pull out a peg for Paul Adams, who was meeting us out there and would be on peg 21 and then he handed me number 18 which I was well happy with as it’s normally a steady peg. We got out the pond and it was nice and coloured although a lot of cold water had obviously gone in over the last few days.

I set up a 0.5 gram Drennan Roach to fish two lines at 11.5 metres, straight out and angled to the right plus a little Preston Chianti with spread shot to fish shallow (not used). For bait I had a pint and a half of casters, half a pint of red and bronze maggots, hemp and some Bait-Tech Pro Natural Fine Lake Dark that I’d mixed up the night before. 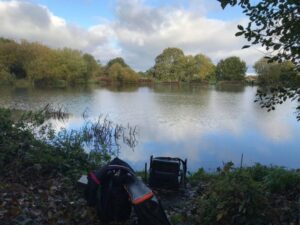 Terry ‘Never Ready’ needed a few more minutes to set up so I got us underway slightly later than planned, I fed a single ball of groundbait at 11.5 metres straight out before putting in three on the right hand line. I started out in front with single red maggot on the hook, feeding hemp and caster, it took a few minutes to get a bite and I swung in a tiny roach to get me off the mark and I thought I’d be in for a nice steady day. Shipping back out I waited for the next bite but the float just sat there, I wasn’t too worried though as I hadn’t seen anybody else catch yet.

I only managed another roach and a perch as the first hour came to a close and my pound an hour target was looking an awfully long way away! Then the float slid away and the strike was met with solid resistance, I shipped back carefully with my heart in my mouth and slipped the net under a nice skimmer around the pound and a half mark which I felt would be a massive bonus today. I started getting a few bites from small perch and roach and was happy to keep putting fish in the net and thought there was a chance I might get another skimmer or two as the day progressed.

Andy Saunders who was over on peg 6 text to ask what I had and said he’d had a small skimmer and lost one and that Fieldy on 7 only had three roach and he didn’t think Steve on 8 or Leighton on 9 had caught yet so I was well up there at this early stage. During the remainder of the second hour, I added a few more small fish but bites were tailing off. I cupped in another ball of groundbait on the line straight out before trying the more positively fed right hand line for the first time. The float sailed away and another decent fish was on, I gently shipped back and it didn’t feel like a skimmer so maybe a chublet or a perch but I’ll never know because just as I got down to the top kit, it fell off!

Then to compound my misery, I saw Andy strike into a fish before netting a skimmer, Terry shouted up that he had two skimmers and three small perch and that Digger on 19 had landed four skimmers on the feeder, I hadn’t seen either catch anything! I had a couple of small fish and then a 4oz roach from the right hand line but when Andy netted a third skimmer, I needed to catch quality fish if I was going to do any good today. I cupped in two more balls of groundbait on the positive line and went back straight out but it was now as dead as the proverbial dodo.

Digger was swapping between the feeder and a pole line just off the edge of the reeds and I did see him strike into a fish there that tore off and wasn’t on long, probably a chub. I tried caster but never had a bite on it and double red maggot was also a waste of time. Back on the positive line I hooked another decent fish which turned out to be a chub of around a pound but with Andy now on around four skimmers, I needed a couple more.

Paul Adams landed a good fish and with an hour or so to go, Terry latched into a big chub that gave him a right runaround and he did well to land it, Digger landed a chub around the same size as mine and then Andy had a skimmer on his pole line and was on for winning his second Dillington match on the trot. I didn’t add to my meagre tally and wasn’t too upset when I shouted the all out.

After packing up I grabbed the scales and started the weigh in with Vic on peg 14, he’d only had four bites all day, a skimmer and a small perch for 1lb 11oz and he’d lost two skimmers, one on the pole and one on the feeder. Then Leighton had chucked back his single roach and Steve hadn’t had a bite all day. Fieldy had 8oz of roach and then Andy had 6lb 10oz of skimmers so I gave him the pound that Steve had just given me (that’s 3-2 to him now). 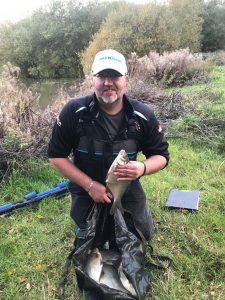 Paul was next and he had a nice bream and two skimmers for 7lb 11oz to go into the lead, Terry had been lying about having two skimmers but his chub was well over 4lb and along with three little perch he had 4lb 7oz, taking pounds off me and Steve in the process and then Digger had four skimmers and a chub for 5lb 5oz and then my skimmer, chub and around a pound of bits went 3lb 8oz. 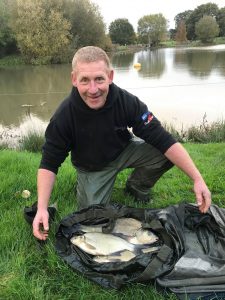 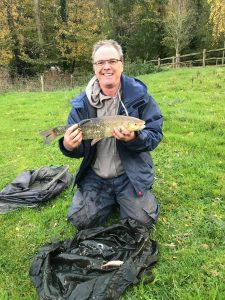 Terry ‘The Toast’ and his two tone chub! 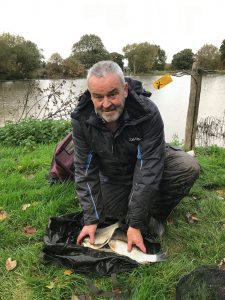 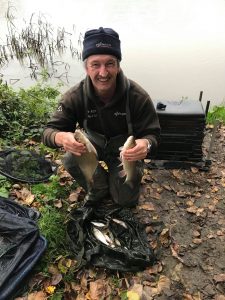 I had a skimmer, a chub plus a few bits for 3lb 8oz

So a really disappointing day again and so much for my pound of roach an hour!!! As much as I enjoyed fishing the pond in the summer, I really haven’t enjoyed the last two matches and most of the others have said the same, sitting it out for three or four bites isn’t much fun! It used to be a brilliant winter venue with loads of quality roach and rudd but they’re just not there in the same numbers anymore and I think we’ll have to look at alternate venues for when the rivers flooded.

After three matches and dropping the worst result, the Warehouse League currently looks like this,

Next week is the return inter-club fixture against Stoke so hopefully we’ll be able to get back on the river.

Next up – Ilminster v Stoke