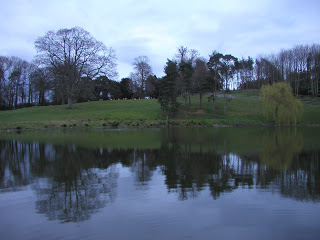 I was looking forward to this one although when I picked up my bait yesterday, pleasure anglers had been finding the going hard. Twelve anglers were at the draw including Justin Charles who hadn’t fished the first two. Scotty couldn’t fish today so the rest of us stood a chance. Everybody wanted peg 1 (where Scotty was last match) and Justin drew it! I managed to get the same peg as last time, would I be able to beat the 2lb 15oz I had then?
The pond was a lot clearer than last time although there were still quite a few fish topping. I set up a Drennan Roach float for fishing at 11 metres with 0.12 mm bottom and size 18 B611 and a Drennan Squatt rig for fishing up in the water. This rig had 0.08 mm bottom and size 20 B511. I mixed up some PA Megabaits chocolate match and added some hemp, maggots and casters. On the whistle I cupped in three balls at 11 metres and started with caster on the hook.
I had a roach first put in and caught really well for the first hour catching 30 fish (mostly roach), quite a few were coming on the drop. I had Jake Woodard to my left who also seemed to be catching quite a few small fish. Martin Heard was on my right by the inlet but I couldn’t see him due to the trees. I did shout down and he said he was catching lots of tiny fish. I also kept a close eye on Neil and Justin who were either side of the bush where all the chub had shown last match but as yet they hadn’t caught any. Hour two still saw me catching the odd roach and perch but things were definately slowing and I struggled up to around 40 fish. I did cup in another ball of groundbait and immediately caught two more roach but it was short lived. Scotty turned up in his Porsche (flash git!) to see how it was fishing but he didn’t need to worry as his match record wasn’t going to be broken today. Going into hour three and it looked like everybody was struggling. I tried the lighter, up in the water rig with caster and was getting the odd roach and small perch but it was sporadic. But as long as I was putting something in the net I was happy. Scotty wandered around to see his dad, Roger, and when he got back he said nobody was really catching apart from me.
I stuck at it but the weather, which had been sunny up to now, took a turn for the worst, the wind got up and it started to rain – lovely. Bites were becoming harder to come by so I tried my deep rig for a bit but had no more bites. By now the odd eel was coming out but nobody had more than a couple. I switched to the lighter rig with maggot on the hook and had a roach and a couple of small perch before bites tailed off once more. I tried maggot on the deeper rig and had small perch before hooking something which felf a bit more substantial, it turned out to be a small eel and at 2oz, it wasn’t the bonus I’d hoped for.
Justin had landed a chub and Neil also had one although he’d earlier lost one which could prove costly. Jake netted a decent eel but I felt I was comfortably in front of him, Martin earlier netted a decent perch and followed it with a good eel and I now reckoned he was the danger man. The last half an hour was an anti-climax and I only added a couple more small perch. I ended with 66 fish, last match I’d had 33 for 2lb 15oz but I’d caught more smaller fish this time round and felt I had between 3 and 4 pounds.
I packed up and went to assist Martin with the scales, he said he’d had nearly 100 fish but reckoned I’d done him! We walked round to weigh Neil in who had a good chub but not much else to weigh 3lb 12oz, this could be close. Frank weighed 3lb 6oz and Jake 2lb 4oz, I then weighed 5lb 9oz which I was pleased with. As soon as Martin took his net out I knew he’d beaten me, the needle settled on 6lb 8oz with his two bonus fish making the difference. Steve Parker weighed 2lb 6oz. We walked back to the cars and awaited the scales from the other section, top weight over there had been Dave Lawrence with 4lb 5oz, so I finished second and picked up £35 plus that all important nugget from Janders who weighed 3lb 14oz.
Although the fishing had been hard I do love the place as it’s fair and rewards hard working anglers, roll on the next match. After three matches, dropping the worst result, there are four anglers on three points, me, Martin Heard, Neil Dring and Dave Lawrence.
Results
1 – Martin Heard (Tiverton) – 6lb 8oz
2 – Jamie Rich (Chard Remains) – 5lb 9oz
3 – Dave Lawrence (Chard Remains) – 4lb 5oz