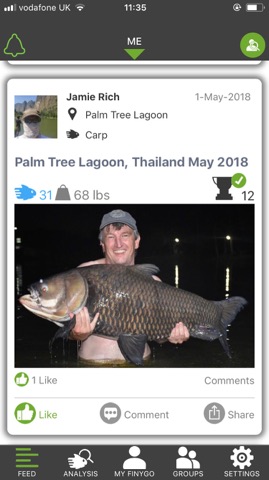 I downloaded this app quite a while ago and if I’m honest I hadn’t got around to doing much with it, I’d published a review of another product and mentioned that there are loads of reviews on the blog when a very nice lady from Finygo contacted me and asked if I’d review the app. Of course I said yes and started having a play around with it.

Basically, as you would expect, the app is about logging fishing trips and you can either put all the details in from a past trip or actually log a live trip. Before I get onto logging past trips, I’ll just say a little bit about the live trips, it looks like quite an intriguing feature that tracks your location and automatically records the weather in real time and you can add notes and photos to your fishing spots, it could be a really useful tool if you were roving about and fishing different locations on a river or lake but obviously fairly limited as far as the match angler is concerned.

I’d only just come back from my most recent trip to Thailand so thought this would be a good place to start with logging my first past trip. The app found the fishery no problem at all but when I came to add some of the species I’d caught, they weren’t available in the menus. I e-mailed Becky at Finygo and she said they’d concentrated on the UK and USA to start off with but have plans to add other regions in the near future with Australia coming soon. This led to Becky asking if I’d like to become a consultant for Finygo and I said I’d love to be involved! I will say at this point that my involvement with them will not bias this review which will contain my honest opinions. 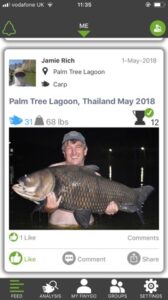 I started adding some of my recent matches and it didn’t take me long to get the hang of it (must have been easy then!), you can search for the venue and if that doesn’t find it, you can put in a place name or postcode and then find the fishery on the satellite image, you then place a marker on the map where you fished (or which peg you were on). You can then add details like the number of fish, the species, bait they were caught on (great to see Bait-Tech among the choices!), total weight of your catch, any notable captures, photos, fish lost and tactics (i.e. feeder, float, match pole etc). 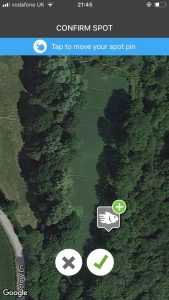 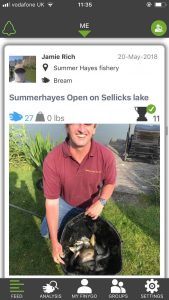 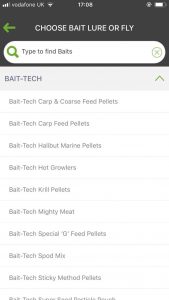 I did find it a little awkward trying to add multiple species like, for example, when I had 27 fish at Summerhayes the other week (22 skimmers, 3 tench, a roach and a crucian), I mentioned it to Becky who put me right, you need to add the 22 skimmers, then add a separate record for the tench etc, so you can do it but I just felt it was a bit fiddly and could have been easier. If you’ve fished a match you can enter where you finished up, in the frame or a section win. 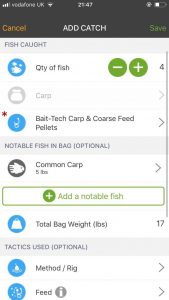 Over time as you enter trips to different venues and catch other species, there are loads of stats and analysis you can do. I did try to go back and edit a past trip and I’m not sure you can, so if you wanted to change anything you’d have to delete the trip and start again (note – trip editing is coming as part of a future update). A lot of these observations are only minor things and the app is being improved and updated all the time.

What I did really like was that there are loads of groups (I’ve joined Match Angling UK) and you can post your trips in these groups or even create your own which I think would be great fun for a bunch of mates who go off pleasure fishing or even anglers in a club. 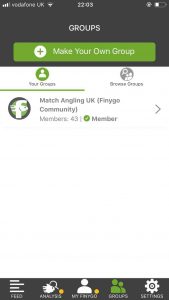 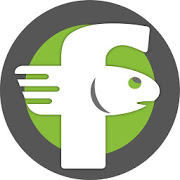 As I get more familiar with it over the coming weeks, I’ll update this review and if you download the app, give me a follow as I’ve only got four so far!