Technology has permeated our way of life, and its impact is truly undeniable. It has, for instance, brought people far apart closer together via modern means of communication, like smartphones and the Internet. It has, and is, continuously improving healthcare, helping doctors and scientists find cures to illnesses previously thought as incurable. It is giving us the means to explore our world, our universe, and even the galaxy far, far away. In short, technology has largely been a boon for mankind.

But the pertinent question now is, does technology have a place in angling?

The answer is a resounding yes. In fact, technology has already been making an impact on angling, with most bass boats now equipped with basic sonar units. Other boats, on the other hand, have state-of-the-art sonar and GPS technologies installed in them. These pieces of equipment have proven to be quite useful for anglers, who can utilise these devices to locate precisely where the fish are, thus ensuring a bountiful catch every time they venture out onto the water. Anglers can even use GPS to keep track of where they are at all times, monitor water levels, and plot routes. 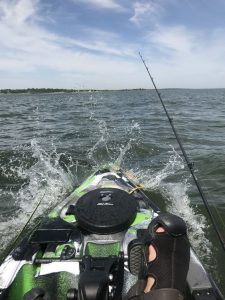 What’s more, anglers now have access to various apps specifically developed to enhance the angling experience. One such app is FishTrack, which is available in both iOS and Android. This particular app is similar to GPS in that it helps anglers pinpoint locations where fish are aplenty. It also lets anglers research water conditions, keep track of the weather, and monitor water surface temperatures. Another popular app is drophook, which offers fish activity monitoring, photo sharing, and catch logging, among others. It even lets anglers organise tournaments amongst themselves, and this feature would surely come in handy the next time Against Men and Fish arrange matches like we did last year. 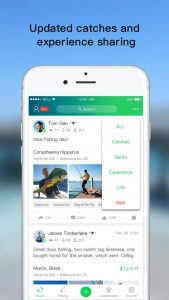 Technology is even helping in bringing angling closer to people, especially the younger, more tech-savvy demographic. Interestingly, one of the ways technology is raising the profile of angling is through social media, which is often integrated with fishing apps such as FishTrack and drophook. Through social media, anglers all around the world now have an accessible means to not only connect with one another, but also to share with others their passion for the sport.

Another interesting way technology is shining a light on angling is through games. Fishing simulations like Sportsfishin’ Simulator and Fish Game replicate to some degree the fishing experience, and this approximation, in turn, gives players a general feel of what to expect when they try out the real thing. A slot game entitled Reel Spinner on Slingo gives gamers an idea of the equipment they will need and the type of fish they can reel in once they get into the sport. The game features images of fishing reels, compasses, and other tools, along with colourful types of fish for a fun and immersive experience. As things stand now, a little over 100,000 people participate in angling weekly, making it the 19th most popular sport in the UK. But that figure may very well rise in the coming years as technology continues to help the sport reach new markets.

Then again, technology has always been a double-edged sword in that for all the pros, there are always the cons. In this case, technology is now taking away some of the innate challenges that make angling truly worth it, like finding the right hotspots and waiting patiently for those prized catches. Today, the so-called thrill of the choice is pretty much gone as anglers can just turn on their GPS or use their apps and they will already know where to go. Marine life is taking a hit as well, as technologically equipped anglers routinely reel in more fish nowadays compared to, say, 10–15 years ago.

By and large, though, technology has been quite good to angling, and the two figure to be partners for a very long time. But the onus is on anglers to utilise technology to enhance the sport and make it as popular as ever.

So, does technology have a place in angling? Of course it does!