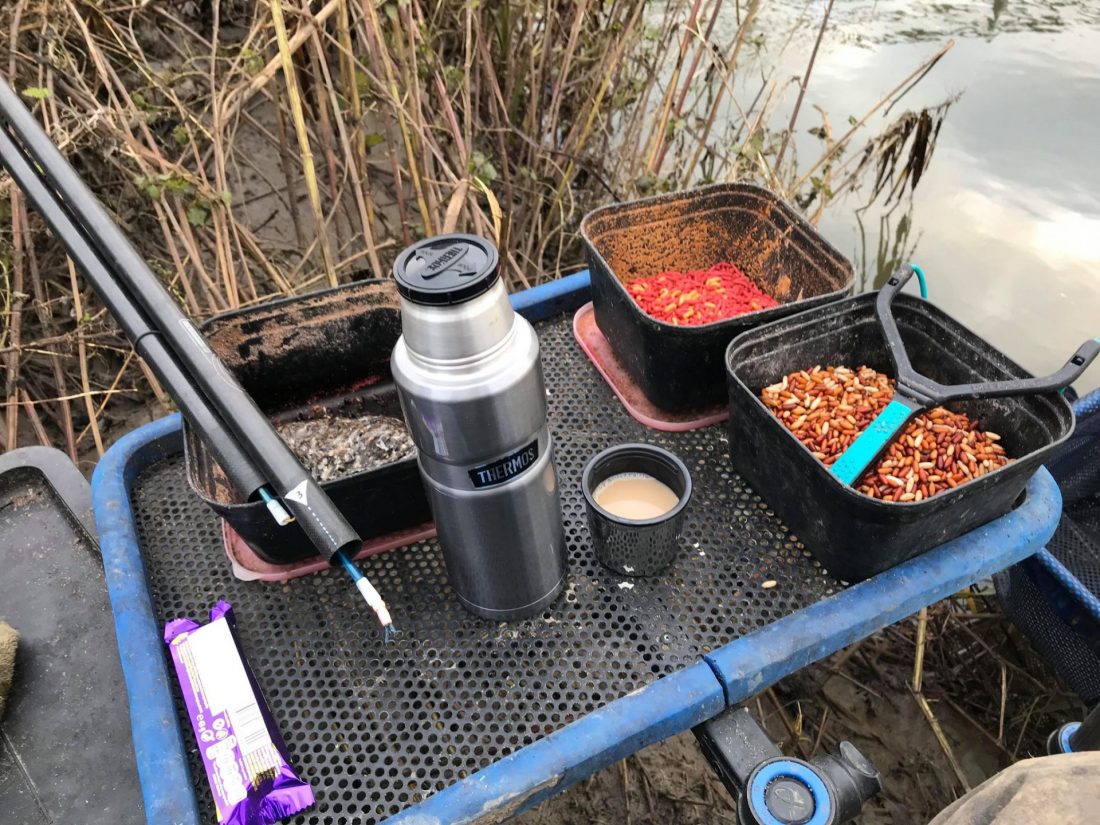 After heavy rain earlier in the week, it finally abated and things were looking good for the river although the temperature did drop a few degrees as the weekend approached. Waking up Sunday morning, we’d had a frost and winter had definitely arrived. After a hearty breakfast at the bowling club, it was time to draw and on my mental wishlist for this week were pegs 125, 126, 128, 129, H5 and H6, with just two balls left, I asked Frank to draw for me and he handed me H4 above the bridge at Hambridge, Frank had the last ball which was 128! I felt a bit deflated to be honest, don’t get me wrong, it can be a great peg, a match winner, but I feel it’s still a bit early for it as there were loads of stick ups in the peg and Rob had problems with all the weed in the last match.

Elsewhere Fieldy was on 126 and Rob had the choice of 129a or 129 and decided on the former, Terry ‘The Toast’ pulled out 125 again but didn’t fancy it and opted for 124a. Below me, Ian Burton was on H5 with Steve P on H6. On arrival, the river looked lovely although I didn’t see any fish top as I was setting up, my rigs for the day were a 1 gram bodied float to fish three sections to hand and a 0.6 gram DH16 to fish across and down the peg. On the side tray I had maggots, casters, Bait-Tech Super Seed hemp and it was also the first outing for my new Thermos flask! Waiting for the start time to arrive, I had a coffee and it was actually hot! 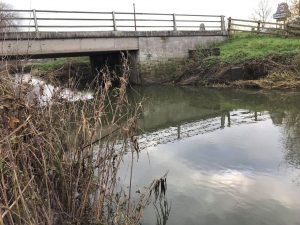 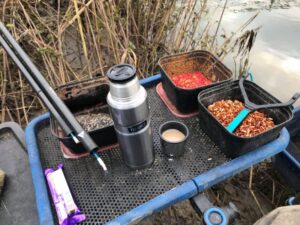 So far, so good (look out for my review coming soon)

I shouted the all in and started with the heavier rig and single maggot but the first few put ins saw me snag every time and already Ian below the bridge had netted several roach. I shallowed up a few inches which helped to a certain extent and I had a few small roach and thought they’d arrived but it was short lived so I stuck on another section and went further across. This resulted in a few more small fish but also several more snag ups and it just wasn’t happening. Back down the middle, I had a nice run of fish by holding back hard and inching the float through. As the first hour came to a close I had 20 for around a pound and a bit and the stamp of fish would need to increase dramatically if I was going to reach the double figures I felt would be needed to frame today.

The second hour was slightly better and I was starting to get the odd better 3-4oz roach but I was also getting some micro roach and bleak. I was up to 45 fish after two hours so my catch rate had improved slightly but it was still wasn’t where I needed it to be. In a bid to try and improve the stamp of the fish I was spending more and more time fishing caster and it wasn’t really working so with three hours gone, I was on 66 fish which would be around 4lb if they averaged an ounce apiece.

Ian was still bagging but it looked like he was getting a lot of small fish as well, I was catching in spells but having to chase the fish around and still getting snagged on a regular basis, I even pulled out a massive, multi-pronged tree branch! The fourth hour saw my catch rate heading in the wrong direction although the average stamp of the roach I was catching was slightly bigger (if that makes sense!) and I only added 18 fish to my tally. Going into hour five and bites were becoming really hard to come by so I picked up the lighter rig and went across and down the peg but every time came back with various types of weed on the hook.

Then I tried running it through in the flow down the middle and first put in the float buried resulting in a better roach, next chuck, another positive bite on caster but this time the strike was met with solid resistance before a decent fish shook its head. I was pretty sure it would be a perch as there are a fair few in this area and when it finally surfaced, that’s what it was, a nice 1.5lb bonus. No more bites on that rig so I went back to picking up odd roach on the heavier float and my total reached 101 fish with half an hour remaining.

Typically as the light started to fade as we neared the end of the match, the roach started to feed in earnest and it was a bite a chuck and I added another 17 fish to my tally. The final score was 118 fish which I thought would give me at least 8.5lb (if the fish averaged an ounce apiece plus that perch) but I hoped it might be a bit more as I’d had quite a few chunky roach. I packed up and loaded the car before going down to get some photos of Ian and Steve.

Steve P had 5lb 9oz of mainly roach but had lost two big chub which would be costly today, Ian had a cracking net of whip caught roach weighing 12lb and I didn’t think I quite had that but when we got to me, my initial estimate was nearly spot on as I weighed 8lb 7oz which I was a bit disappointed with. Back at the results and Fieldy had made no mistakes as he weighed 16lb 10oz from in-form 126 and the next weight at Isle Brewers was Frank with 8lb 13oz which put him third. Terry had 4lb 6oz but had also lost two big chub and so had Rob in 129a, he weighed 3lb 12oz. Thanks to Rob Cox for the photos* 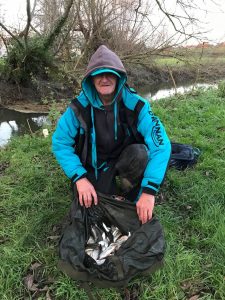 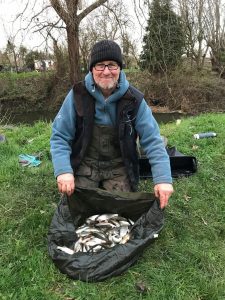 Ian had a lovely net of roach weighing 12lb from H5 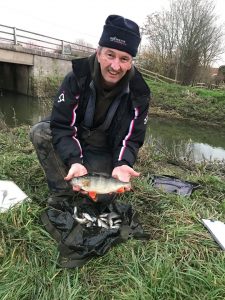 I had 8lb 7oz which included a nice perch

So I’ve had an enjoyable match with loads of bites and fish although in hindsight if I’d have just fished maggot all day, I’d have probably done enough for third but then again I might not have caught that perch. Also I can’t seem to get near any of the pegs I fancy! As I can’t draw my own pegs I’ve been getting different people to draw for me but perhaps I should get Fieldy to pull out one for me as he’s had 125 and 126 so far in this league (I won’t mention H8!).

After three matches and dropping the worst result, the current V.E.S. Precision League looks like this,

Also it’s Ilminster’s Xmas Fayre on Sunday 15th December, weather permitting it will be on the river and everyone gets a prize! Food is included in the £15 ticket and the results and prize giving will be at Ilminster Bowling Club.The closing date for entry/tickets is Sunday 8th December, if you would like to fish please let me, Max or Leighton at Ilminster Warehouse have your entry fee so we can sort the prizes. There will be an optional £5 super pool on the day as well.