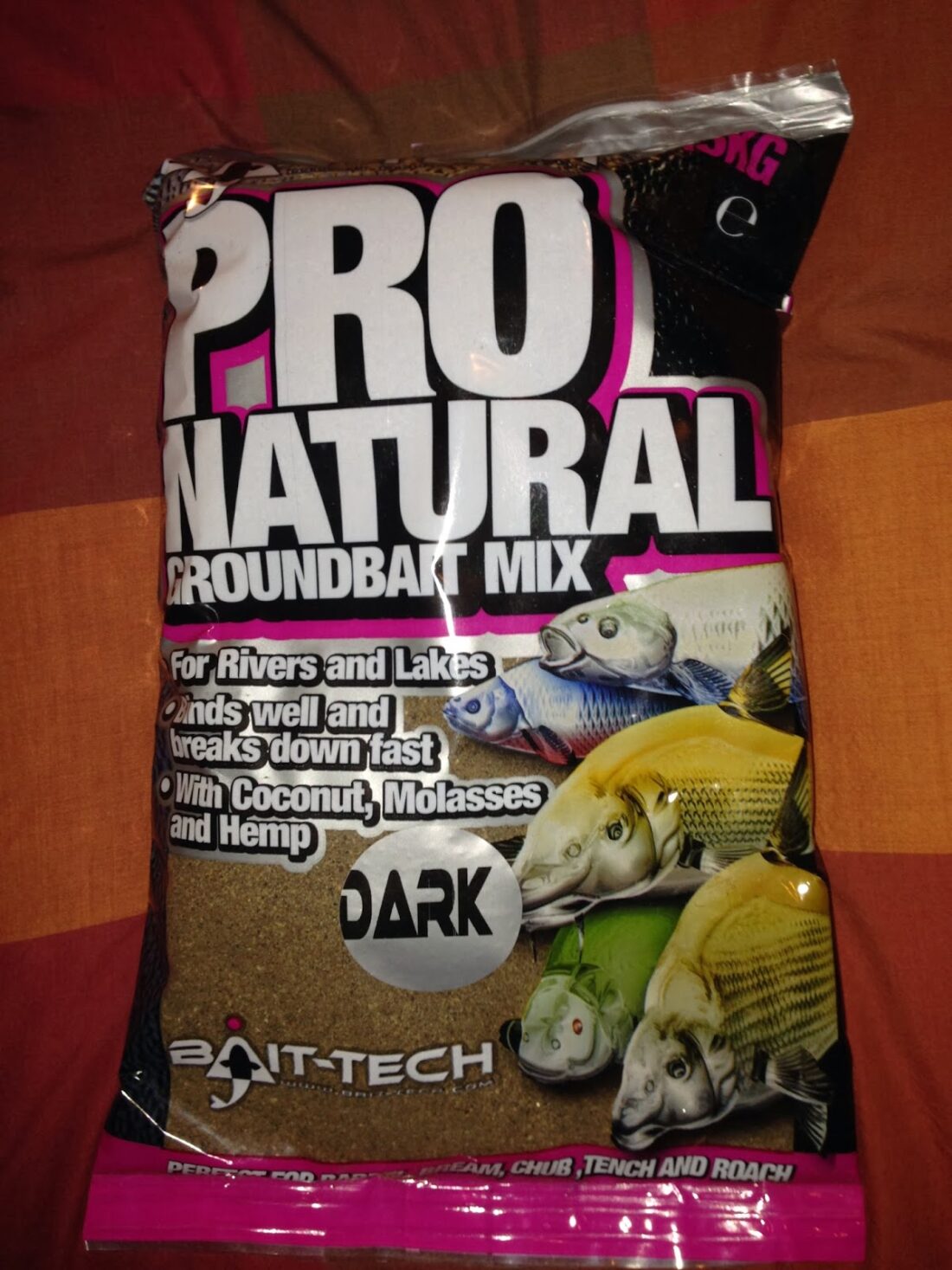 I’ve had rather a busy weekend so before I get on to this weeks match I have to just mention the Big One show at Farnborough, I won tickets so thought it would be nice to go and have a look around and also to wish Steve Mayo farewell before he heads off to Gillhams in Thailand. I actually had two tickets but as I was ‘Billy no mates’ I let a young lad have my other ticket rather than it go to waste. First stop was the Gillhams stand where it was great to catch up with Stuart, Sean and Steve and young Nathan also turned up later in the day and it was nice to see him again.

Along with the tickets the other part of the prize was a goody bag from Crafty Catcher and when I went to collect it I was pleasantly surprised when I was presented with a rather nice cool bag filled with pellets, liquid flavours, mini boilies, groundbait and hemp. I had a walk round the show and had a nice chat with James Cooper and Steve Ringer on the Guru stand, Andy Neal on the Frenzee stand and Tony Wynnick and Jamie Parkhouse on the Burt Baits stand where I also picked up some of their new range to try (review to come at a later date).

I had also arranged to meet the lovely Hayley from Bait Tech for the first time and she said she would bring on the goody bag I’d won recently from the Angling Times, we kept missing each other but when I finally caught up with her I wasn’t disappointed, what a lovely lady, she’d brought on my goody bag but also included a bag of the new Pro Natural Dark which I have been gagging to try for ages. Thanks again Hayley! I just had chance to stop by the Garbolino pole stand and say hello to Steve Tucker before saying my final goodbyes (until May anyway) to the Gillhams crew and heading home with the car stuffed full of various groundbaits.

Right, onto this weekends match, as I’ve said on many occasions, the V.E.S. Precision league is one I’ve always wanted to win, I’ve been close the last few years with seconds and thirds but I’ve never won it. Going into the final match Fieldy was leading with 9 points followed by me and Pete Lonton on 10 points. The day got off to a good start when Rob handed me £30 for winning the Royal Oak league last week. As per usual we did the draw out the pond so we could try and avoid the awful wind that was forecast today. We eventually decided on pegs 16, 17, 18 and 19 as one section with pegs 20, 2, 3 and 4 making up the other section. The only peg I didn’t really fancy was 16 and managed to pull it out, Justin was on 17 with Bruce on 18 and Fieldy on 19 and to stand any chance of winning the league I needed to beat Fieldy. I had my usual side bet with Steve but also asked Justin if he fancied having one as well.

I mixed up some Bait Tech Pro Natural Dark, I’ve been a big fan of the Pro Natural since it came out and the dark version looks spot on for clear venues. I set up a 0.5 gram Drennan Roach with 0.10mm bottom and size 18 Kamasan B611 and plumbed up at 10 metres where it was a little shallower than I would have liked but I didn’t fancy having to go out to 11.5 metres with the wind being very gusty. I would see how the first hour went and if I wasn’t catching I could always go longer. The whistle went and the music from Dambusters started as Justin boshed in his usual bombardment of groundbait. I carefully cupped in two balls before starting with a single red maggot on the hook.

As per usual I was feeding casters, maggots and hemp over the top with the plan to switch to caster later in the day to hopefully catch some quality roach. I bumped a small fish first chuck before catching a couple of small roach, I put on double white maggot to try and catch a better stamp as this has worked in previous matches but I was still getting small fish and tried caster but this just resulted in more of the same. It was obvious it was going to fish better than last week as most people I could see were catching and the first hour had been slow last time around. I was getting small roach and the odd perch and rudd but did manage a couple of cracking roach about the 10-12oz mark but felt overall the average size of my fish was smaller.

I had 26 fish in the first hour and the second hour was slightly better, I was now fishing caster and catching mainly roach with the odd rudd and added another 28 fish in hour two. Justin was catching well but looked to be getting a smaller stamp than me, Bruce was fishing the long whip and catching lots of bits but I couldn’t really see how Fieldy was getting on. I was still catching really well and it was a bite a chuck, during the third hour I had a lovely rudd of 8oz or so and then had three more slightly smaller ones in the next three chucks and was putting a good weight together. Justin had slowed up so decided to ball it in again but this second bombardment emptied his groundbait bucket so the fish could relax now!

I had by now passed the 84 fish I had last week although I was pretty sure I didn’t have the weight I had last week. I was catching a lot of small fish with the odd ‘netter’ among them but I was hoping the last hour and a half would see me catch more quality roach like in previous matches. Then Bruce shouted something and when I looked up he was obviously into a lump and eventually netted a chub that looked to be all of 4lb! I wasn’t too worried until shortly after he latched into a slightly smaller one and when he landed that one as well it was looking like everybody else was fishing for second place.

The last hour arrived and I was still catching a fish a chuck but they were mainly smaller roach around 1-2oz with the odd better one, I did drop off a 3oz fish (will I ever learn!) and also lost two better roach shipping back. When Rob blew for the end of the match I was on 143 fish and knew I had double figures but wasn’t sure how much. I knew if I won the section I’d win the league but I didn’t think I’d beaten Bruce and if Pete won the other section I’d miss out yet again. I packed up and as I had the scales I went to weigh Fieldy first, if I could beat him I would at least secure second in the league. He weighed 5lb 14oz and I was pretty sure I had that, he did have one of the newly stocked little tench and by all accounts, quite a few had been caught today which is nice to see.

Then we got to Bruce and he had a lovely net of fish, along with those two chub, he also had a little tench and some clonking roach including one that was well over a pound, the needle stopped at 18lb 9oz and I knew I didn’t have that. Justin had 10lb 2oz and had slowed up towards the end before it was my turn, there was a lot of splashing as I pulled my net out and everybody was saying it would be close and my weight was called out at 17lb 10oz and I just needed a couple more of those big roach. Still it was a lovely net of roach and rudd. So with me finishing second in my section it now all depended on how Pete had got on in his section.

Rob had the scales in the other section and on his return he said Pete had finished second in that section behind Rob who had weighed 11lb and he’d had nine of the new tench plus a nice perch of a pound and a half. This meant we had tied on points but I had a much better weight advantage so I’d finally done it after many, many years of trying, I was now the V.E.S. Precision champion – get in, chuffed or what!

I picked up £20 for coming second today plus pounds off Justin and Steve and should have my league winnings next week.

The pond just seems to be getting better and better and I’m really enjoying it at the moment, quality roach and rudd and winning weights just shy of 20lb and not a carp in sight – perfect! Next week is Barney’s Pairs Open on the river (weather permitting) and Dillington, I’m with Justin so make sure you come back to see how we get on.

Don’t forget Ilminster AA’s AGM is being held on Friday 28th Feb at the Royal Oak in Ilminster and starts at 7:30

Next up – Pairs Open (Dillington and the Isle)