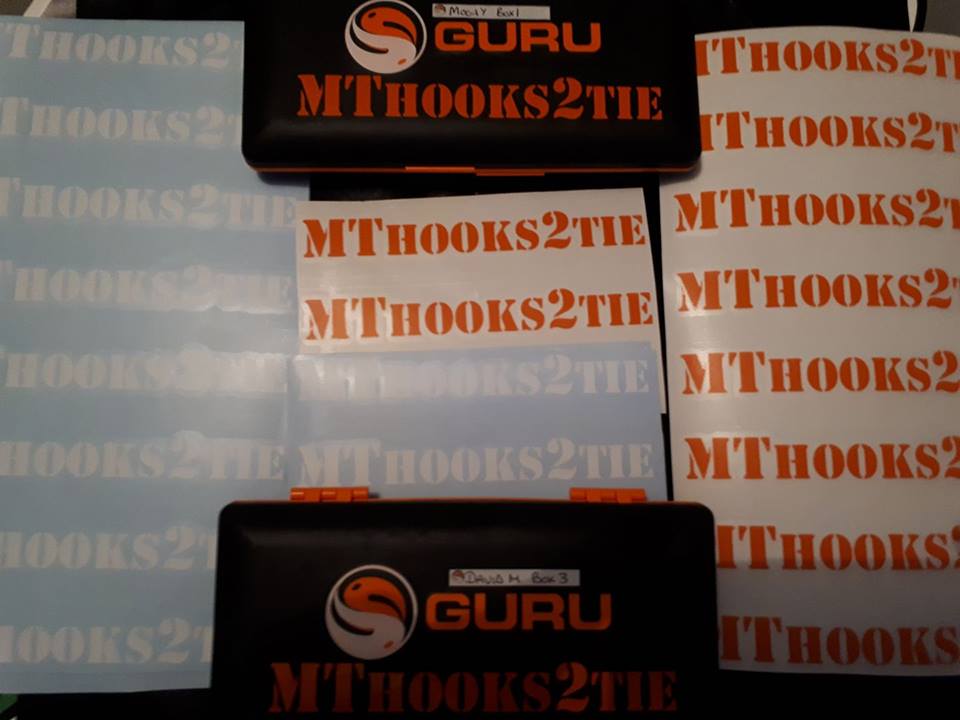 Back when I was youngster (many moons ago!), you basically had two choices as far as hooks to nylon were concerned, you either bought packets of ready tied hooks or you tied your own. In those days, ready tied hooks were of dubious quality, you were limited to what hook/line combinations you could buy and they were nearly all twelve inches in length. Sometimes the line would come off the back of the spade or the knot would be halfway down the shank and if you were anything like me, half the packet would get thrown away as you could never unravel them without getting in a right pickle! To be fair, things have improved massively and now firms like Drennan and Guru have fantastic ranges of pre-tied hooks.

The other option was to tie your own and around that time Drennan and Kamasan (Kamatsu then if I remember correctly) had just released the first chemically sharpened hooks in the UK. I bought a Matchman hooktyer and spent hours tying various combinations of Drennan Carbon Caster, Carbon Match and Fine Match hooks to different strengths of Bayer Perlon line, usually 1.7lb or 1.1lb breaking strains. They were all carefully looped up before being put into paper envelopes and then stored in a hooklength wallet. Looking back, I’m sure I tied up some combinations I never even used and probably, much like now, there were only a handful of patterns I used regularly.

Over the next couple of decades, not that much changed really, hook wallets were replaced by hooklength boxes and the quality of bought pre-tied hooklengths came on in leaps and bounds but that was about it. But match fishing was becoming steadily more professional with big money competitions and festivals and if you are on Facebook regularly, it seems like most match anglers are fishing three times a week and sometimes more! With the popularity of commercials going through the roof and the pellet revolution taking off and then the knotless knot, all of a sudden, the humble hooklength was suddenly anything but with people tying up various hair rigs using lassos, bands and bait spikes among other new innovations.

I’m not sure who first offered the service but some enterprising soul started offering to tie hooklengths for a small fee. I honestly thought when I first saw such a service on Facebook that it would never take off, it was the height of laziness and surely there would only be a handful of people who could afford, want or need such an extravagance. Since then it’s snowballed and there are several on Facebook who offer this service. Now I only fish once a week, sometimes twice if I’m lucky so I don’t get through loads and loads of hooklengths but thought I would order some to see what all the fuss is about. 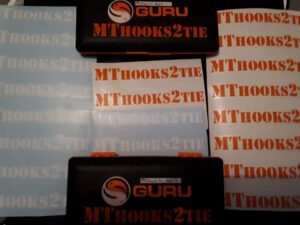 I came across MThooks2tie on Facebook and ordered some of the hooks I use the most on the Isle, Kamasan B611 size 18 to 0.10mm Silstar Matchteam, twelve inches in length to fit my Guru hooklength box. I was kept up to date on how my order was doing and when they were posted, they arrived shortly after in ‘top up’ bags, the first thing I noticed was that all the hooks were in a little piece of foam, what a fantastic idea to protect the hooks and stop them getting tangled up. They were all tied neatly with the line coming off the front of the spade and with a tiny loop on the other end. They were all uniform in length and fitted perfectly in my Guru box. 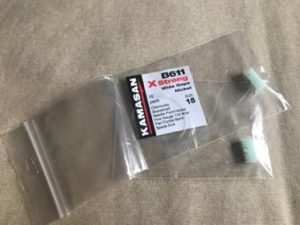 Prices are very reasonable but obviously vary depending on your order, just send him a message via his Facebook page for a quote

You can order your hooks in a box or on spools and Marc offers all the main firms like Guru, Preston and Ringers or you can just order your preferred combination of hooks, line and bands or spikes etc to come in top up bags. 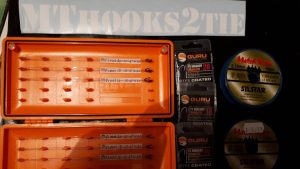 MThooks2tie offer a great, reasonably priced service and I will certainly be using them again, especially when it comes to smaller hooks and finer lines as my eyesight isn’t getting any better!