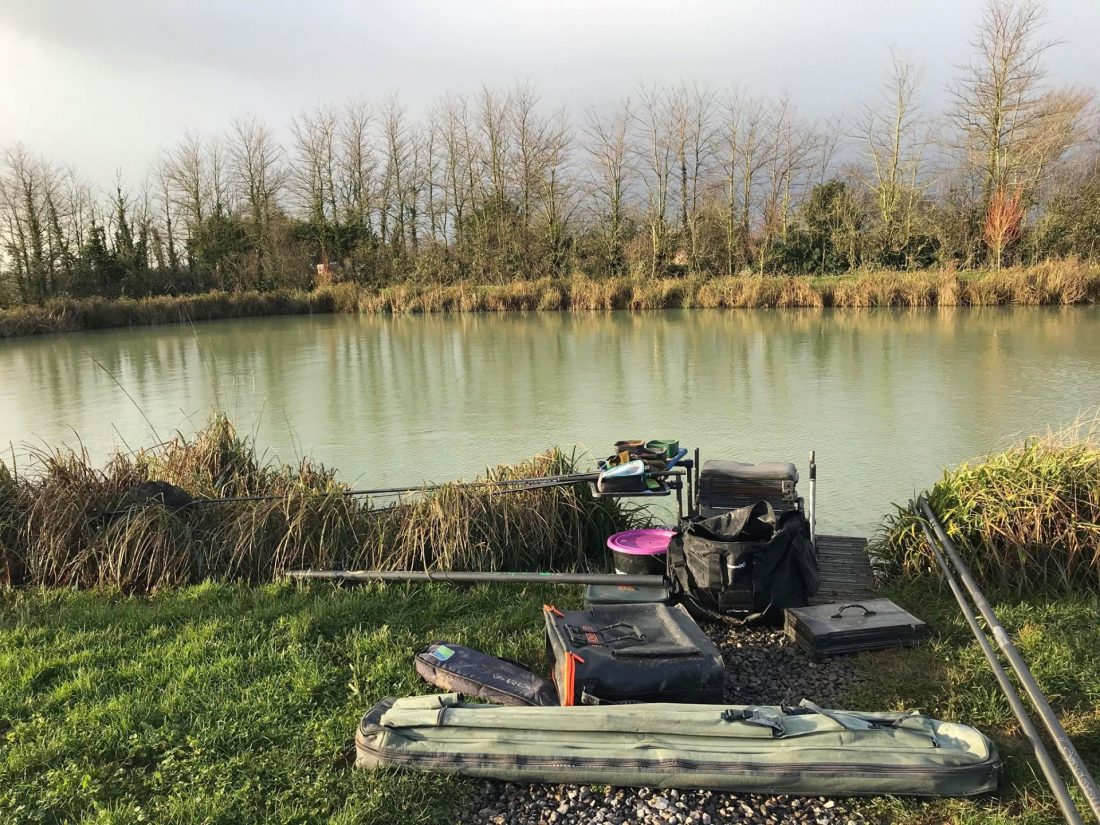 I’ve really enjoyed fishing Todber and would like to fish it a lot more so when I saw the Xmas Match advertised on Facebook, I stuck my name down and the 90 pegs sold out in no time. I was really looking forward to it although the weather leading up to the weekend was horrendous and although Saturday was supposed to be a bit better, we were still in for a wet and windy day.

The draw time was 9:00 and I’d arranged to meet David Hilton for breakfast at Cartgate at 7:00 which meant setting my alarm for the ungodly hour of 5:30! Of course, I turned the alarm off and then woke up at 6:00 which meant lots of rushing around but I did manage to get there only a couple of minutes late. With our bellies full we headed to Todber, there was loads of standing water around and we had more rain on the way and I knew we wouldn’t be getting on the river the following day.

We made good time arriving with 45 minutes to spare and there were already cars and anglers everywhere! I popped in the shop and picked up a couple of pints of red maggots and a pint of dead reds before going to pay the pools. The venue had laid on free coffee, mince pies and biscuits which was a nice touch and as more and more anglers arrived, it was like a who’s who of South West draw bags. Fellow blogger Ken Rayner came over and said hello and not long after Tim Ford (of Cluckers Peg fame) turned up and although I’ve never met either before, I felt like I’ve known them for years through reading their blogs. Tony Rixon was also there although I’ve known him for a long time as our paths have crossed many times when he used to fish the Chard Pairs league and the resi. 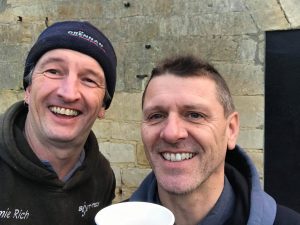 It was great to finally meet Tim Ford

John announced the draw and the usual scrum ensued and when I grabbed a ticket I was hoping to avoid the Whitepost lakes, even though they were tipped to provide the top weights today, as it would involve a bit of a drive and I’d struggled the last time I fished down there. I opened my ticket and Ash 64 was staring back at me, I’ve never fished the lake before and somebody got my hopes up when they said it was the end peg. David had drawn 51 on Hillview which was up the arm.

I drove the short distance to the lake and was disappointed to find the end peg was 62, venue regular Mark Wynne was on 63 so a NPB (next peg battering) was on the cards. Most people had said I would need to fish long, at least 13 metres, as with every peg in, the fish would be across. Plumbing up, the deepest part of the peg was at around 6 metres so I set up one rig to fish there and another for 13 metres where it was a bit shallower. On the side tray I had two pints of reds, two pints of deads, micros, expanders plus some Bait-Tech Special G Dark I’d mixed up the previous evening. 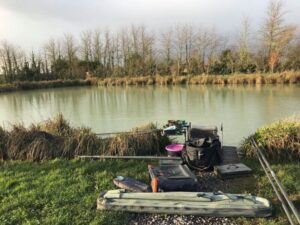 My first time on Ash

The weather was awful with freezing cold rain and very strong gusts of wind, apparently on Hillview lake behind us loads of kit had been blown in, including somebody’s seatbox!! The match got underway and I fed a ball of groundbait on both lines, I had planned to start long but with the wind being so strong I went on the shorter line first, everybody around me started on maggot feeders towards the far side. With double dead reds on the hook and feeding a few live ones via a toss pot, I was soon getting little dinks on the float and after missing a few, I finally connected with one and swung in a small roach, a couple more followed but already it was looking like it was going to be very hard going.

The next bite resulted in solid resistance and although not a carp, a skimmer of 8oz or so was very welcome, I then had a very skinny little tench, a better skimmer of a pound or so and another small tench. At this early stage I was doing better then the guys either side although the angler on the end peg (62) had caught several carp already. I had another decent skimmer and felt sure it was only a matter of time before I started getting a few carp as well.

We were now halfway through the match and the odd carp was starting to get caught on the feeder, my bites on the shorter line had dried up completely so I went out and had my first look at 13 metres. I had another skimmer quite quickly but that was it and although my flask seemed to be performing well, I was starting to wish I’d bought the bigger version! Looking up the pond, the other end was fishing better with people catching on the pole and the feeder.

Back on the short line I couldn’t get a bite and either side of me now had three or four carp apiece on the maggot feeder, then the chap on my right had a carp on the pole and not long after Mark had one as well so I went back out on the longer line. I was lifting and dropping the rig to try and entice a bite and on one lift there was a fish on, it was a lump too but I was sure I’d foulhooked it, I started shipping back and it came to the top and wallowed and it looked like a big fish but then the hook pulled which summed up how my day was going. Next chuck I bumped a fish and then it was third time lucky when I safely landed a 4lb mirror. I was hopeful they might have moved in and I would finish with a flourish but no more bites were forthcoming.

With only half an hour left, I had another go short and first put in, the float sailed away and I landed a small carp of 1.5lb but again it was a false dawn and that was the last of the action. I packed my kit away and it didn’t take long for the scales to arrive, the chap on my right had a level 20lb, my silvers went 4lb 14oz and my two carp went 5lb 8oz to give me 10lb 6oz and then Mark had 21lb so it hadn’t been great our end. Ben Hagg had the top weight on our lake with a brilliant 98lb 14oz from peg 73.

Back at the results (and more coffee, biscuits and mince pies), I caught up with a few of the others, David had done alright on 51 with 43lb, Ash Tomkins had stuggled on Hillview with 18lb and Tim Ford had 34lb down on Whitepost so a few had struggled but there were also some excellent weights. Gary O Shea won the match with 167lb from the bottom lake at Whitepost and most of the lakes were won with over 100lb. When John started reading out the results, all the top seven and the lake winners received lovely hampers.

By the time they got down to 50th place, the weights were still at 50lb and Tony Rixon suggested I have a seat as it would be a while before they got to me! David came out with a nice prize but when my name was eventually called it was down to the Twiglets and Chocolate Oranges! 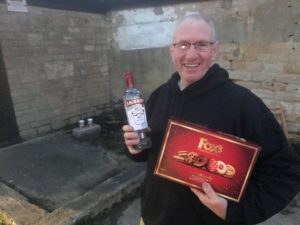 David with his impressive haul of prizes 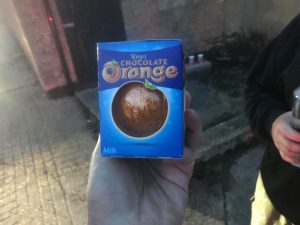 Mine was a little more modest!

I’ve still quite enjoyed it as I don’t fish many big matches but I’m hoping to do a few more next year and I’ve booked in to fish another match here over Xmas.

By the time I’d got home and unloaded my kit, I was shattered and had to do it all again the following day!

Next up – Chris Patten Xmas Fayre