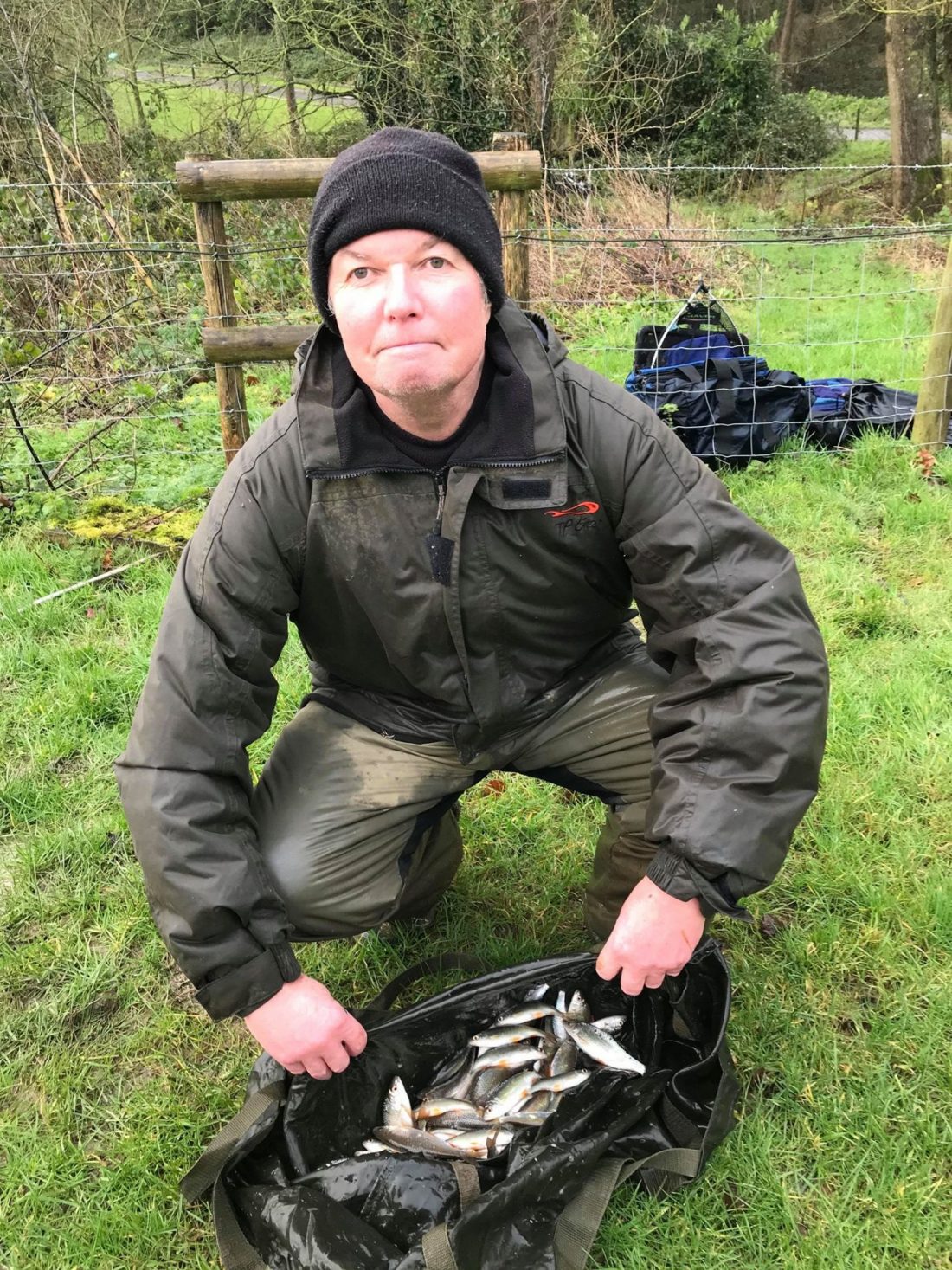 I’m getting fed up with this now! The weather is perfect all week and then as we approach the weekend, it either chucks it down with rain or the temperature plummets, well for this Sunday we had Storm Ciara heading our way with 60 mph winds predicted – lovely! We only had a few booked in and when I decided to move it to the pond due to all the rain that was coming, I was expecting a few more to drop out and to be honest I was starting to wonder if it was worth bothering! In the end three pulled out leaving us with a rather pathetic five people fishing, it was almost embarrassing and I certainly won’t miss organising matches next year! I can totally understand people not wanting to fish due to adverse weather conditions but even if it had been fine, I don’t think we’d have got many more.

We met at the bowling club and I was hoping breakfast wasn’t going to be the best bite of the day! It was great to see Danny Blunn again and also Gordon and Stu Aplin who were both fishing their first matches for a while. I decided to used pegs 19 and 20 on the near side and 6, 7 and 8 on the opposite bank as normally the wind is blowing down into pegs 13 and 14 on the bottom bank. I asked Danny to draw for me and he pulled out number 6 which is a peg I’ve been on a lot lately.

We got out the pond and I realised I’d got it badly wrong as we’d have the wind straight in our chops and we should have done the draw out there. I was still quite looking forward to it and even though I knew it was going to be hard, I thought we’d get a few pulls with 7-8lb needed to win today.

With no hope of fishing the pole it was a one rod job and I set up a Drennan feeder rod with a 20g Guru feeder for a gentle lob of around 20 metres. Stu and Gordy over on the ‘Aplin bank’ were nice and sheltered and set up whips and short poles. On the side tray I had a pint and a half of casters, half a pint of red maggots, some dead reds and pinkies plus some Bait-Tech Pro Nat Dark and Bream mixed 50:50.

I got the five hours underway and started with double dead reds on the hook, I thought it might take a while to get a bite but after about ten minutes and in amongst the wind buffeting the tip, I thought I had a little rattle. I left it for a bit but when I reeled in, both maggots had gone, I cast out again and asked Danny if he’d had any indications yet, he said he’d had a small roach which was encouraging and I thought this might be better than I’d first thought. Another rattle and this time I had a small roach, followed by a little perch next chuck so I tried triple maggot but there were obviously quite a few small fish there as I was getting indications every cast but just couldn’t see half of them and couldn’t hit the other half!

Danny was getting a few small fish and I’d seen Andy on peg 8 catch a couple (in between having to chase his hat across the field!). Over in their armchairs, the Aplins were swinging in roach on a regular basis and I was a already a long way behind them but I still I felt sure a couple of skimmers would show at some point. Small fish were starting to be a pain and I tried triple pinkie, double caster, two dendras, even unclipping and going further out but every cast would result in little knocks and taps with just the odd little roach to show for my efforts.

Along with some very strong gusts of wind, it rained on and off all day and at one point there was an almighty CRACK from across the field behind me as a massive tree crashed to the ground with a rumble like thunder! Time was running out but with my estimate of a 7-8lb winning weight long gone, one decent fish could make all the difference today. Small fish were still being a pain so I changed to a bigger hook and fished hair-rigged corn for the remaining three quarters of an hour but it just didn’t happen and I finished up with around fifteen small roach and one perch for not a lot.

After taking my gear back to the car and collecting the scales, I started the weigh in with Stu who had loads of small fish for 2lb 15oz before Gordy just pipped him with 3lb 1oz and he lost a big bream at the net, Andy was next and had 13oz before Danny had done well on his first visit to record 2lb 4oz, I was last and least with 10oz so paid Andy a nugget to polish off a thoroughly rubbish day! 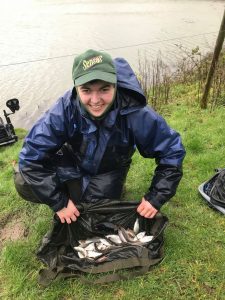 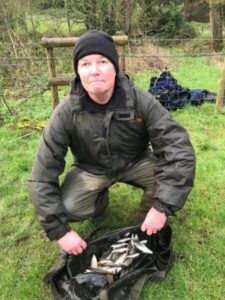 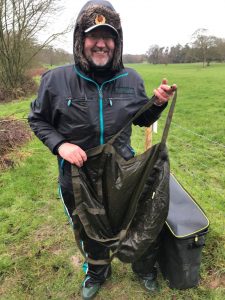 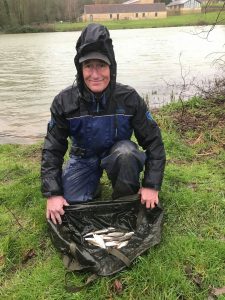 In hindsight, I should have sorted out the pegs at the pond as I could have used 21, 24, 1 or 2 as they were all fairly sheltered but then again I was only ever going to fish the tip today as I was sure skimmers would be needed to win.

So the Aplins cleaned up and looking at previous open results, they always do well in this match, Stu won it in 2018 with 15lb 15oz of chub from peg 106 at Redbridge and Gordy won the 2016 match on the pond with just 1lb 15oz (come on Karl, you need to win it next year to keep up the family tradition!). Incidentally the 2017 open was fished at Dillington with Justin Charles taking top spot with 12lb 8oz of bream and skimmers while I was just behind in second spot with 12lb 6oz of mainly roach and a bonus 2lb chub and with nearly 8lb needed to make the top four, it’s scary how quickly the roach weights have dropped right off in just two years!

Next weekend it was supposed to be a double header for me with the silvers match at Todber on Saturday and a V.E.S. match on the Isle the following day but it’s now looking like the weather is going to be horrendous again with Storm Dennis set to give us a battering (did I mention I’m fed up with it now?).

Before I go, just a reminder it’s Ilminster’s AGM at the Bowling Club on Friday 13th March at 7:30.