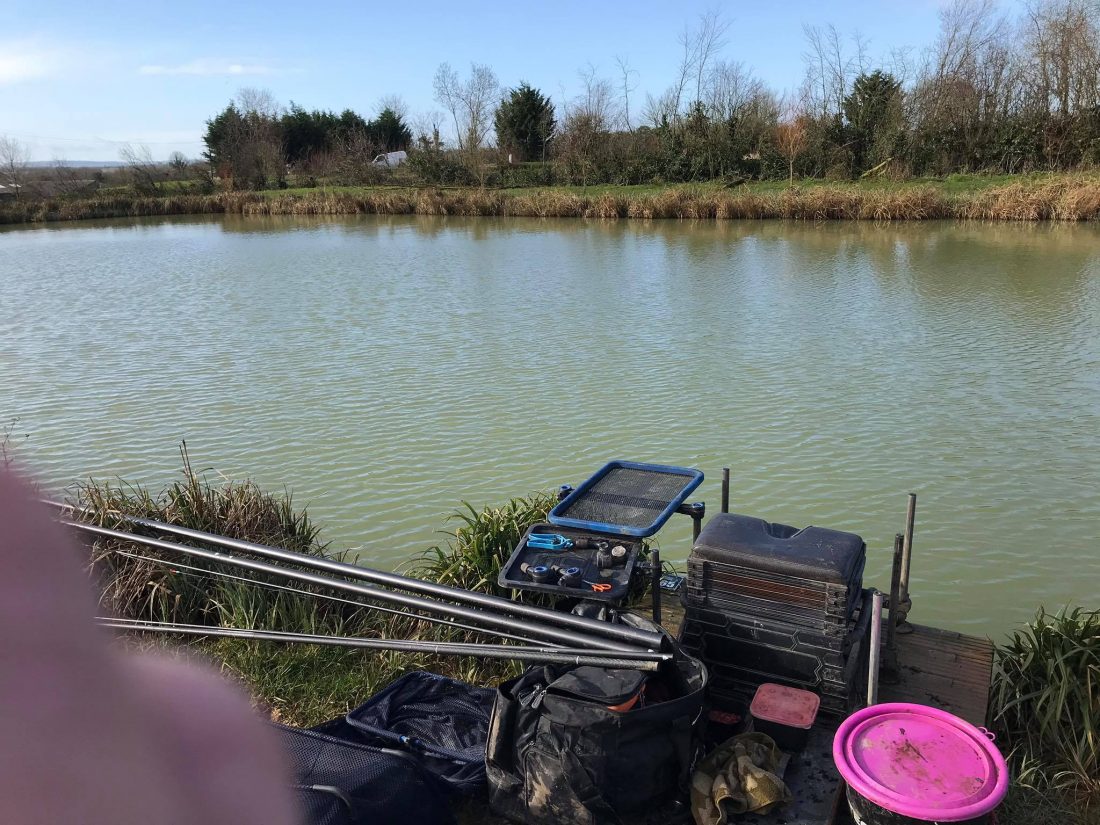 I’d wanted to fish some of these silvers matches after seeing them advertised last year but for one reason or another it didn’t happen then, so I was determined to put that right this year. I booked into two but with the horrendous weather we’ve been having, the first of them two weeks ago was called off. Typically the weather was gorgeous midweek and as we neared Friday, yet another storm was headed our way with strong winds and rain and I started to think this one was going to be cancelled too but nothing was posted on Facebook so I prepared myself for another day of battling the elements.

After being woken up in the night by the wind and rain I wasn’t looking forward to Saturday morning at all but when the alarm went off at 5:30 I was pleasantly surprised to see it was relatively calm and dry, although apparently we were getting it later! I stopped at Cartgate for breakfast and some of the lads who were fishing Barry’s match at Whitepost were there and it was good to catch up with them again before we headed off to Todber.

Pulling into the car park it looked like a fairly depleted turnout for today which was no surprise given the weather, I paid my pools and then went to the shop and picked up some bait and a few bits and bobs. With 18 fishing, we were spread over Ash and Homeground which have been the better lakes for silvers in recent matches. The draw was announced and Ash Tomkins and me had the last two pegs in the bucket, I ended up with 65 on Ash and Ash was on 71.

Driving the short distance to the lake, I parked up and there was nobody on my left with Gary O’Shea next door on 66, I’d drawn 64 in the Xmas match and struggled but every peg was in that day so hopefully a bit of space would help today. As I got my kit to the peg, the wind wasn’t too bad as we were afforded some shelter by the hedge cover opposite so hopefully I’d be able to fish a but further out than I was expecting. 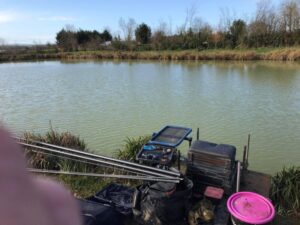 The weather wasn’t too bad as we were setting up

I set up two Drennan 0.4 gram Carp 1’s, one for two lines at 10 metres, left and right and the other for top two plus three, both had Guru F1 Pellet size 18’s to 0.11mm. On the side tray, I had red maggots (dead and alive) plus Bait-Tech Special G Dark and The Juice groundbait.

On the whistle I cupped in a small ball of groundbait on the right hand line and then a larger one on the left before starting on the negatively fed line with single red maggot on the hook. The rig settled and the float went straight under, I struck and loads of yellow hydro came out but only briefly so I’m not sure whether I’d foul hooked a skimmer. Next put in I had a small roach, then another and it was a bite a chuck, Gary had started short and was also catching small roach but at a faster rate. I was switching between my two lines but the wind was getting stronger and I was struggling to hold the pole.

Gary had a decent skimmer and I was just thinking about coming short when I’ve had a good skimmer from my right hand line, I struggled on trying to fish long but we were now getting some brutal gusts of wind and to add to the fun it started raining hail stones – lovely! I came short and started feeding little nuggets of groundbait, more roach followed but I’d need skimmers if I was going to do any good today. Gary was getting the odd skimmer and I’d seen the bloke on the other side of him netting some fish too.

I had my second skimmer but then it was back to catching small roach and I couldn’t work out how best to feed it, I tried toss potting in maggots and then little nuggets of groundbait every other fish and the latter seemed to be the better approach as I had another skimmer. At this early stage I knew Gary was ahead of me but I didn’t think by too much. I was catching lots of small roach with the odd better skimmer and as we reached the halfway point I couldn’t believe (but I wasn’t complaining) that I hadn’t hooked a carp yet.

Gary had kept his longer line topped up and hooked a carp first put in on it but then had a nice run of three or four skimmers whereas I was now getting some quieter spells on my shorter line (in hindsight I should have started another line and alternated between the two) and I should have guessed what was coming next. Sure enough the float buried and I was into my first carp of around 3lb.

I was still getting plenty of bites and catching some chunky roach along with a couple of 3oz perch and then had two skimmers in two chucks. The weather was just horrible with really strong gusts of wind and freezing cold rain but the fishing was really enjoyable. I had a nice little tench and another decent skimmer but more carp were starting to gatecrash the party and I had a couple around 5-6lb. Going into the last hour, the wind relented a little bit and Gary went back out on his long line and had great spell catching five or six skimmers, I did manage one more decent skimmer just before the end.

The whistle went and the scales team were soon with me as I was first to weigh, my half a dozen carp went 19lb odd before my eight or nine skimmers, tench, roach and perch went 12lb 14oz which was a nice days fishing. Gary had a similar weight of carp and then his silvers went 17lb 6oz, a great weight on the day and then Pete had 17lb 2oz from 68 and I think he’d fished short for most of the day too. There was also a 19lb 6oz of silvers from peg 69 and Ash Tomkins won the carp pool from 71. Top weight over on Homeground was Mark Cannings with 19lb 2oz from 82 and Stu White won that section with 13lb 8oz. Photos courtesy of Todber Manor* 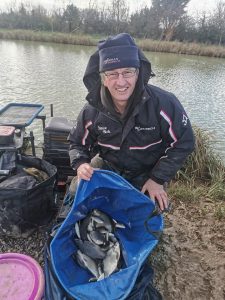 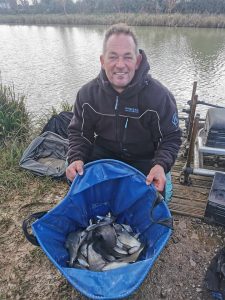 Gary had 17lb 6oz for third place on the day* 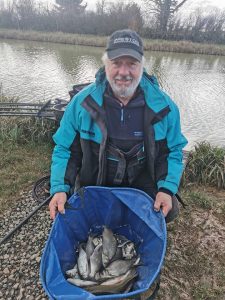 Pete had 17lb 2oz to win the section on Ash* 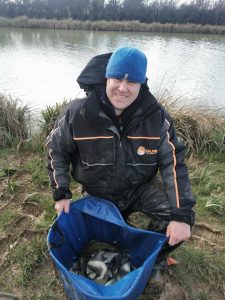 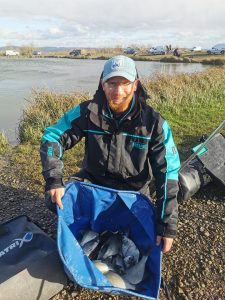 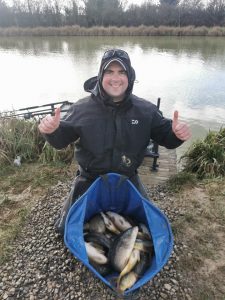 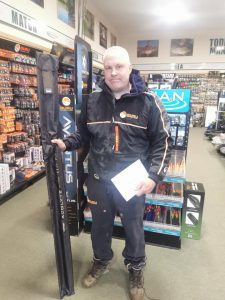 So another really enjoyable days fishing at Todber, I wasn’t a million miles away today and certainly didn’t disgrace myself but I’m not getting it right, instead of basically binning my longer lines when the wind got up I should have kept at least one of them topped up and another shorter line would have been a great idea. Also I’m still not sure I got the feeding right, Gary seemed to catch less roach and more skimmers as the match went on so maybe big potting every few fish was the way to go, food for thought for next time.