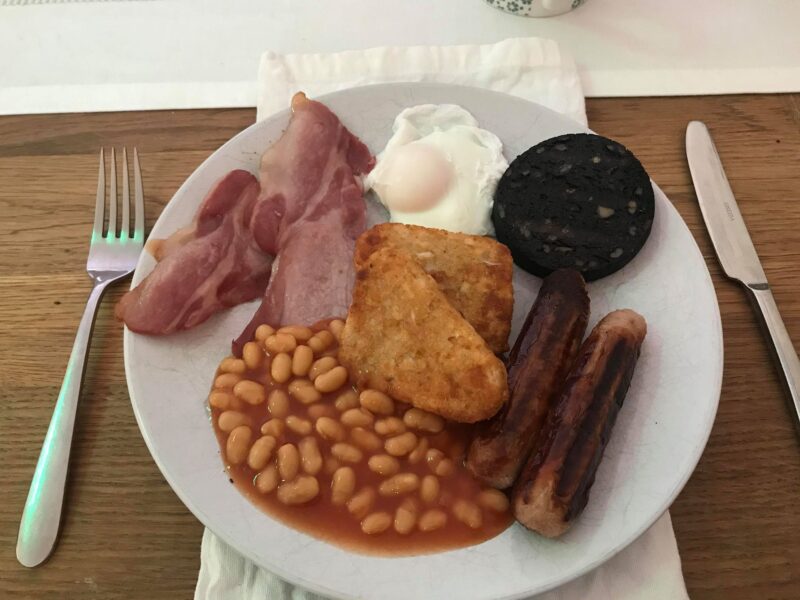 For the next Stoke away day we were at The Sedges on Brick lake which I hadn’t fished for around 18 years! Looking at the recent results on the Facebook page, big weights would be required to do well and 50lb+ of skimmers regularly wins the silvers – nice! I tried to find out as much as possible beforehand and I have to say a big thanks to Bobby G, Paul B, Paul H and Nick P for all the info. Apparently the two far corner pegs, 10 and 11 are the ones to draw although another corner, peg 1, has been doing well and pegs 5 to 9 are the better pegs for silvers but surely my good run at the draw bag had to end soon!

The day got off to a fantastic start as The Breakfast Club assembled at Cafe Morgan bright and early, as always the banter was in full flow and the charity fund was boosted by another £20 (thanks to Steve P for the extra fiver). We then headed off in convoy with ‘The Pole’ leading the way and after one wrong turn we arrived at the venue and were met by Chris and James and given the bad news that all the corner pegs had gone already, peg 2 was my home for the day, Terry ‘The Tickler’ was on 19 with Steve P on 18. 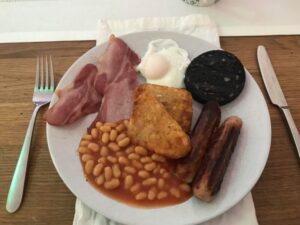 Great start to the day

As we got our fishery nets, some of the regulars were drawing for the match on Tile lake and it was nice to see Gabe Skarba, Nigel Garrett, Jess ‘Zooner’ Jordan and Alvin Jones, when I told them what peg I had, they didn’t offer me much hope as it’s not normally used in the opens (getting my excuses in early!). I only had a short walk and Chilly was the lucky angler on peg 1 with Chanter on my left so we should have a laugh anyway! It was already shaping up to be a scorcher of a day and there were loads of fish on the top, some big bruisers too, I did say to Steve C that as soon as the whistle went, they would probably all disappear. 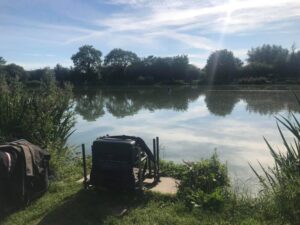 I only set up two rigs, a 0.6 gram Guru Wire Pinger for top two plus two and 11 metres where the depth only varied by a few inches and a Drennan Crystal Dibber for shallow and mugging. The side tray was mainly pellet based with Bait-Tech micros, 4mm’s, 6mm’s and 8mm’s, 6mm expanders plus some corn. I was ready in good time so decided to have my Cadbury’s Twirl chocolate bar and as I took a bite, there was a crunch and part of my tooth and filling had come away! Those of you who have known me for a while will know I have a deep rooted (pun intended!) and pathological fear of dentists so that was it, day ruined and the writing was already on the wall!

On the whistle I fed micros and corn on both lines before starting shallow (no surprise there then!), I really thought I’d catch straight away but already the fish had backed off towards the central rope. I did manage to mug a near 10lb ghostie to get off to a good start but that was it for the first hour, Chanter had landed one and lost two foulhookers and Chilly also had one but it had been a slow start at our end as those opposite were struggling as well. Next up was the top two plus two line with corn on the hook and toss potting in some micros and corn but despite loads of fizzing, bites were few and far between. The float finally slid away and I had a small skimbob, after another ten minutes, I had a better one around a pound but I was going nowhere fast, I had a quick go on the longer line with the depth rig and I couldn’t believe it when the float just sat there!

Chilly was still struggling although Chanter had landed a couple on the bomb and pellet cast towards the rope. I was still firing out a few 6mm’s and had another go shallow for the cruising fish but only managed one more, a nice common around 6lb. I’d started feeding 4mm’s on the short line which seemed to calm down the fizzing and when I had two decent skimmers quite quickly I thought I might start getting a few but once again it was short lived. 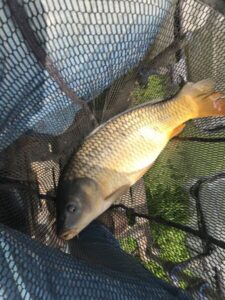 My second carp was a nice common

The longer line was now like a jacuzzi so I tried banded pellet on the depth rig, pinging a few 6mm’s but never had a bite, back at top two plus two, I had two more skimmers but I could only seem to get a couple at a time. Paul B turned up and it was nice to put a face to a name, he couldn’t believe I wasn’t getting more indications and soon got bored watching me catch not very much! With a couple of hours to go Glen Radford walked past to get another net and said he’d had twelve carp on the pellet waggler so he was doing well, I’d also seen Blaker over on peg 12 walk up to get a couple of big carp weighed so he was doing alright as well.

The pond had been flat calm for most of the day but going into the final third of the match, the wind got up and started blowing from left to right (into peg 1), Chilly started getting a few and with Chanter still catching odd fish on the bomb, I was getting chip shopped! Terry ‘The Snake Charmer’ landed a big eel and Steve P had a rather colourful carp and my day was looking like going from bad to worse with both my side bets in danger.

I had another go on the long line with banded pellet and lifted into a fish which I was sure was foul hooked, it tore off and there was an almighty TWANG as my elastic snapped and I lost everything including my brand new Guru float I’d lovingly made up the day before. That’s twice that’s happened now with Preston 11 hollow, with different top kits and both times at the bead down by the pulla slot. For the first time in a very long while, I actually contemplated an early bath! After halfheartedly waving the shallow rig around for ten minutes, I pulled myself together and got another deep rig out.

I decided to fish short for the remainder of the match and started getting a few indications, I had four decent skimmers but annoyingly two big leapers came off as well, just when I thought I might finish with a flourish, I didn’t have a fish for the last twenty minutes. The scales soon arrived at Chilly and he weighed 65lb 14oz, my ten skimmers went 14lb 6oz and my two carp added 15lb 12oz to give me a total of 30lb 2oz. Chanter had fished a tidy match and all but one of his ten carp was caught on the bomb and pellet to weigh 74lb and leave me reaching for the Savlon!

As I loaded the car, Steve turned up and he’d had a similar sort of day to mine, he was suffering from raging toothache and had chucked back but at least he had the consolation of catching the prettiest fish of the day! Thanks to Steve Parker for the photo* 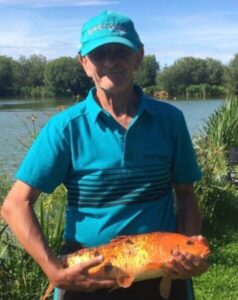 Steve had a colourful koi*

As the scales reached Terry, I had a look at the board and Glen had the top weight of 96lb 12oz with Blaker not far behind on 87lb 8oz (and he’d chucked back some silvers so he could use the net for carp!). The top silvers weight was Dave Simms with 20lb 12oz from peg 5 which left me wishing I’d just fished for silvers all match. Terry had 36lb 13oz to take a nugget off me and Andy on peg 20 weighed 14lb.

So a disappointing day for lots of reasons today with breakfast at Cafe Morgan the highlight by a long way! Today sort of summed up why I love the whole package of match fishing on a Sunday, you can never tell how things are going to go, nothing is ever cut and dried, for whatever reason the venue didn’t fish particularly well, the match on Tile was won by Gabe with 107lb which is a lot lower than normal. I was never really at the races today, if I’d have fished the bomb or pellet waggler towards the rope I might have had a few more but as I didn’t have any rods with me that might have proved difficult! If I’d fished for silvers all day I might have pushed 20lb but thought you’d need 40-50lb, hindsight is a wonderful thing!

In the Summer League at Dillington, Baz had the top weight with 8lb 9oz to win his second match on the trot, Fieldy was second with 8lb 3oz and Bagger Burton was third with 4lb 3oz so the same top three as the first match but the skimmers and bream are still conspicuous by their absence with small roach making up most of the weights.

Next up – Charity match at Hebditch’s Pond