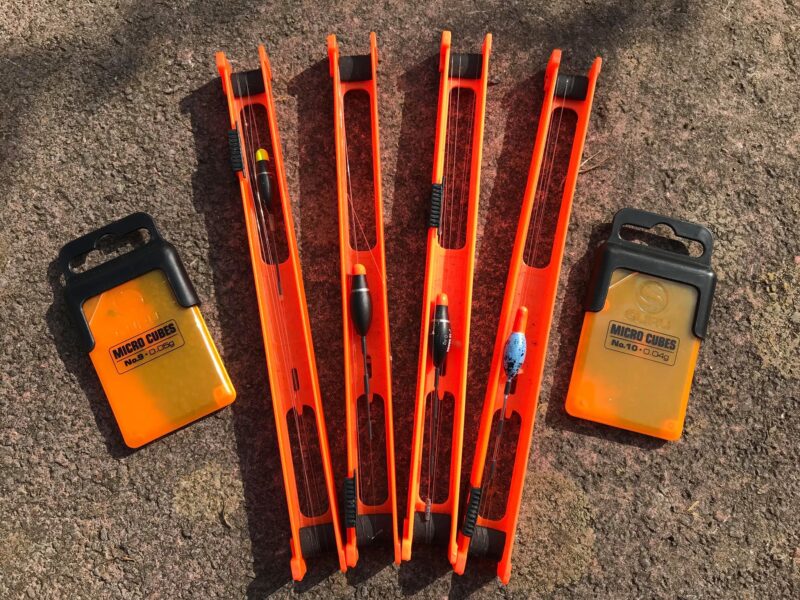 I’ve fished a few matches lately where I’ve felt I’ve been ‘going through the motions’ and after a bad result you end up driving home, deflated and questioning your ability. Now when I say ‘going through the motions’  it can mean several things, for example fishing a certain way because that’s how you always done it or approaching a venue using a tactic that worked last time (which is understandable) but then to blindly continue to use that same tactic even when it’s blatantly not working is surely plain bonkers! I’ve also been guilty of going to a match with a preconceived plan and not adapting to the scenario before me.

Another thing I’m often quite reluctant to do is change things, for example if I’ve caught well early in a match at a certain depth or distance, part of me is thinking if it worked then, it will work again later or if I change things what if I miss the fish when they feed again at the original depth!

Now linked to ‘going through the motions’ is the ‘comfort zone’, the two very often walk hand in hand and I bet if most of you were honest with yourselves we’re all guilty of fishing in the ‘comfort zone’ to a certain degree, it’s only natural to want to fish a venue you like, a method you’re good at or compete in a circuit you normally do well in. Let’s face it, the majority of us only get to fish once a week so why are you going to spend your precious day’s fishing doing something you don’t enjoy at a venue you don’t like and getting battered in the process!

There are basically two ways of looking at it, if you want to become a better angler the best way of achieving that is to fish against those who are already at the next level, you have to become proficient at most methods and obviously that requires loads of hard work and time (and time is that precious commodity most of us don’t have). On the flip side (which I would say applies to the vast majority of us one day a week match anglers) anglers want to have day out with mates starting with breakfast, catch a few fish and have a laugh.

That’s not to say we (and I firmly include myself in this category) don’t still want to win and take the match very seriously, now you can see how this is already wandering into grey area territory! Taking me as an example, I would say I’m definitely somewhere between the two, I really love my club matches but also enjoy the challenge of fishing the odd open and going to different venues. As for methods, I definitely have my favourites and there are plenty that could do with considerable improvement! Indeed, there are several I’ve never even used like the method feeder, pellet waggler or flat float!

One match that springs to mind was an open I fished on the Parrett over the Xmas period last year, the river was up and coloured, on the cusp of being unfishable if I’m honest and I was literally out of my depth. I don’t own any flat floats and didn’t have a feeder rod with me, the only way I was able to fish was to bodge up a pole feeder set up (something else I’d never done before) and it was all wrong. I still managed to catch a kilo of fish but the peg was worth a lot more, I just sat there with three sections of pole ‘going through the motions’ while two pegs away Andy Power fished a long whip, big flat float and took the match out with over three kilos! 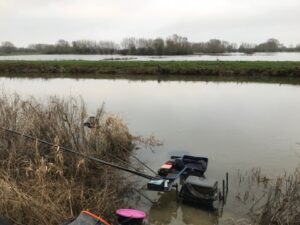 There was some extra water about!

Another example was on the Isle when again it was touch or go whether we fished it, I drew peg 124 which is on a bend and has won lots of matches over the years but not been so good in recent times. The bend means there’s steadier water and with quite a few small fish topping I really fancied it. Trying to inch a 1.5 gram float through holding back, I was coming back with weed on the hook every time and couldn’t get a bite!

With over an hour gone, the only fish I’d managed was a single tiny little roach so went for a walk to see how the others were doing. Nobody was really bagging and when I got back to my peg, there were still quite a few fish topping so why couldn’t I catch? After ‘going through the motions’ a bit longer, I set up a shallow rig not really expecting to catch and had a 2oz dace first chuck! I caught small fish quite well for the remainder of the match and ended up with 42 fish (plus minnows) for 2lb 15oz and default section win. I was left kicking myself as only 3lb 10oz was enough to frame so although I’d salvaged a result it could have been a lot better.

If I’d just carried on ‘going through the motions’ all day, I’d have only ended up with ounces but the ‘laziness’ of not setting up more than one rig probably cost me and I still drove home thinking ‘if only I’d done it earlier (‘hindsight’).

I’ve seen the quote ‘if you think it, do it’ quite often in articles by some of the top anglers and it’s a brilliant bit of advice (so why don’t I do it then!). The likes of Des Shipp and Andy Power always have rigs set up for every eventuality and instinctively know when to change things, they don’t tend to sit there ‘going through the motions’, they’re trying to make things happen and understand what they’re doing and why. Of course they still get it wrong sometimes (not very often mind) and also it doesn’t matter who you are, you can’t catch fish that aren’t there!

The thing is, if you’re not catching you’ve got nothing to lose if you shallow up or scale down or try a different bait and if it doesn’t work at least you’ve tried and you don’t drive home thinking ‘what if?….’

‘Laziness’ has been my downfall on many occasions and with me it tends to be quite small things that have big consequences. I mentioned earlier that many of us don’t have loads of spare time so making up fresh rigs for every match is just not feasible but in my case there have been loads of instances of face palming stupidity! I’ll quickly go through some of the worst, one that stands out is that I have rigs made up for a particular stretch of river so when I fished a new stretch which was a bit shallower, I didn’t want to shorten the rig up and then due to having too much line between the float and pole tip, I ended up losing the rig up a tree, false economy or what!

Another fine(!) example is keeping the same hook on a rig from a previous session even when you know it’s not as sharp as it could be and you end up bumping several fish and losing out by a few ounces (how much is a hook, 15p?). We’ve already touched on not having enough rigs set up but not having a duplicate rig in your winder drawer is surely a cardinal sin! 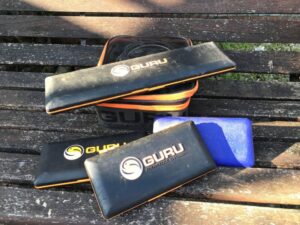 It only takes seconds to change a hook!

I was once fishing a match at Perry St and I’d caught odd fish shallow throughout the match and then with a couple of hours to go dropped in on my carefully nurtured five metre meat line and it was solid! A 2lb bream was followed by a carp and then I hooked a lump of 7-8lb, I had it on for ages but just couldn’t get it in the net, I was stripping elastic via the pulla bung and then there was an almighty twang and the line snapped above the float! Losing the fish was bad enough but not having another suitable rig was worse, there were still loads of blows coming up and I had to fish shallow for the remaining thirty minutes. I weighed 45lb 12oz for third in the section behind 45lb 14oz (ouch) and 52lb 10oz (doh!). 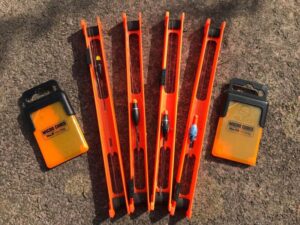 Make sure you have plenty of rigs set up!

Another of the angling sins is ‘hindsight’, if you read the blog regularly you will know I refer to ‘hindsight’ quite a bit and I find myself going over certain aspects of some matches, knowing if I’d done something slightly different, the end result may well have been a lot better! Of course it’s all irrelevant as you’ll never know for sure and until someone invents a time machine, it’s all ifs, buts and maybes. You will still always have that nagging little doubt in the back of your mind that it was an opportunity missed though!

All is not lost though and even if you are guilty of one or more of the deadly sins, if you learn something (and you never stop learning in this game) it was still a worthwhile trip, the key lesson is to not keep making the same mistakes as that is the definition of silly (and yes I know I’m guilty of that too!). I now do loads more prep than I used to and have more rigs and hooklengths tied up than ever before but I’m still guilty of the above sins on a regular basis!