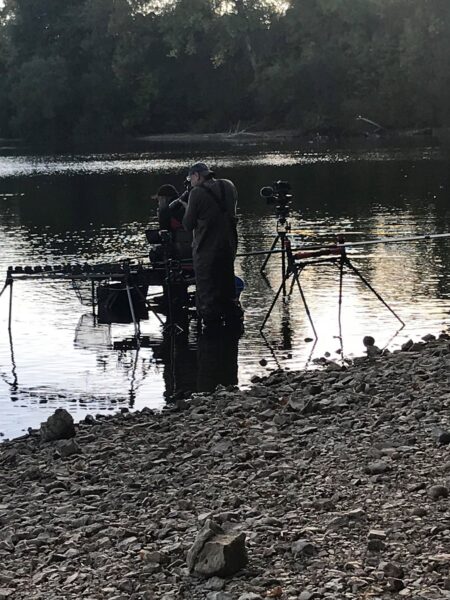 I haven’t done a ‘Random Ramblings’ for a while but two recent events got me thinking, the first was the latest Guru Podcast with Will Raison which was an absolutely brilliant watch/listen. I think this is the seventh one they’ve done and I’ve had a look at them all, if I’m honest, in my opinion some have been better than others and there have been a couple I didn’t watch to the end but this one I watched every second. It was passionate, informative and really funny at times and Will’s love for the sport and in particular the international side of it, really shone through and it’s that aspect I’m going to talk about before I move on to my second point. 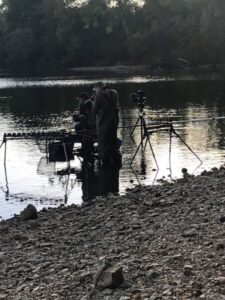 Will shooting a feature at Chard resi

Now I’m not going to repeat here what Will said word for word, you’ll just need to watch the podcast which I will reiterate is the best one yet but basically he talked about how the World and European Champs don’t seem to get the coverage anymore and events like Fisho and Maver Match This are now seen as the competitions everyone wants to win, whereas when he was growing up, fishing for your country was seen as the pinnacle of the sport. Now the big money events are all over the TV and in the angling press whereas lots of anglers don’t even know when or where the World Champs are held and in fact the England team haven’t even got a sponsor anymore and it costs the anglers thousands of pounds of their own money to compete.

So how did we get here, Will was not slagging off these big events at all and said they are fantastic for the sport and he would like to enter more of them but was more concerned for the future of our international squad with lots of our promising youngsters opting to go down the commercial route to emulate the successes of people like Andy Bennett and Jamie Hughes and who can blame them when you see all the money and coverage that goes with a Fisho win.

From a very young age, Will was focused and funnelled towards the ultimate aim of fishing for his country, okay some will say he was in a very fortunate position to be able to fish all the time etc but his talent and drive is undeniable and he is regarded by all the top anglers as being probably the best angler in the country and some would argue the world! Just listening to him speak, he leaves no stone unturned and his whole angling year is pretty much geared up to fishing for England at these international events. The commitment is another level.

The thing is, I think the answer is fairly simple, 99.9% of us will never fish for England, we all know that, it’s never going to happen full stop. By the same token probably the same percentage of us are never going to win Fisho but we can enter a qualifier and in theory you’re then just one step away from being on telly and fishing for a massive cash prize, as unlikely as it is, it’s still a lot more likely than ever fishing alongside the likes of Will or Des at a World Champs!

That sort of leads me onto the other argument you often see on Facebook, something along the lines of Jamie Hughes or Andy Bennett being the best there is, now of course they are both awesome anglers but could they fish for England, the simple answer is no, not while they fish exclusively commercials and do they care a jot, probably not (and their bank balances don’t care either!). That’s not to say they might not have been good enough if they’d taken a different path but now we’ll never know!.

So what’s the answer? I don’t know but as Will said it is quite worrying, Guru are doing their bit with the Talent Pathways they invest heavily in but fishing is becoming a massively specialized and fragmented sport. Hearing him talk about some of the methods they use and put in loads of time and practice to get good at when you’d never (or very rarely) use them in this country just make you realise it’s a different world. Similarly people like Steve Ringer who fish international feeder events are just off the scale with distances they can cast etc and for the vast majority of normal Joe anglers we just haven’t got the time, money or more importantly the natural ability and skill to get even close to these guys.

I’ve touched on it in other Random Ramblings but most match anglers only get to fish once a week, maybe twice if they’re very lucky (or single!) and after working all week they want to go and enjoy themselves on a Sunday. This can mean different things to different people, whether it’s meeting up with your mates from your local club for breakfast followed by loads of banter, trying to qualify for a big final or better yourself on the open scene, it’s different strokes for different folks.

It was rammed home to me on Sunday, I was out classed and out of my depth and although I did a fair bit of prep, more importantly I needed to go and fish the canal beforehand but as I can only fish once a week and wanted to fish matches elsewhere, I went in somewhat blind and it showed, which ultimately was unfair on Russ who had put the work in and was reaping the rewards. There were lots of anglers there who are excellent canal anglers and you’re never going to beat them unless you get lucky or an end peg, hence why I spent so long fishing for big fish but I’m not making excuses, I got it all wrong. 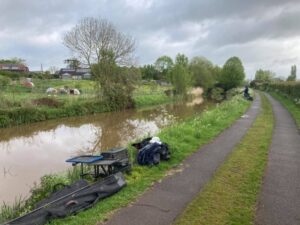 Similarly I enjoy going to Todber and have got a couple of big matches coming up but I’m under no illusions that I’m going to get my pants pulled right down as there will be anglers there who fish it twice a week and others who all they do is fish for big weights of carp and not 7lb of small roach at Dillngton! The thing is I could probably start fishing it exclusively and get in tune with the place a bit more but I don’t want to, I like the variety and fishing different matches and places. But that then leaves me in the Catch 22 situation of not being able to compete unless you put the time and effort in at a venue which in turn means you’re not fishing other places you want to fish!

I think we’re reaching a point where anglers are sticking to a few venues or a handful of methods, of course there are always exceptions to the rule, Andy Power for example, who even though he seems to be labelled as a commercial ace is actually formidable at pretty much everything he does! As I’ve already said, I like to try different things but in doing so you have to realise you’re going to get severely spanked along the way which isn’t a lot of fun if it happens every week and all of a sudden, the weekend which you always used to look forward to, isn’t as appealing anymore, so where does that leave you?

I’ve rambled on enough for now but it does also sort of link to my next Random Ramblings which will be called ‘When is a Club Angler not a Club Angler?’ another subject I’ve touched on before in other posts but it does seem quite an emotive subject!