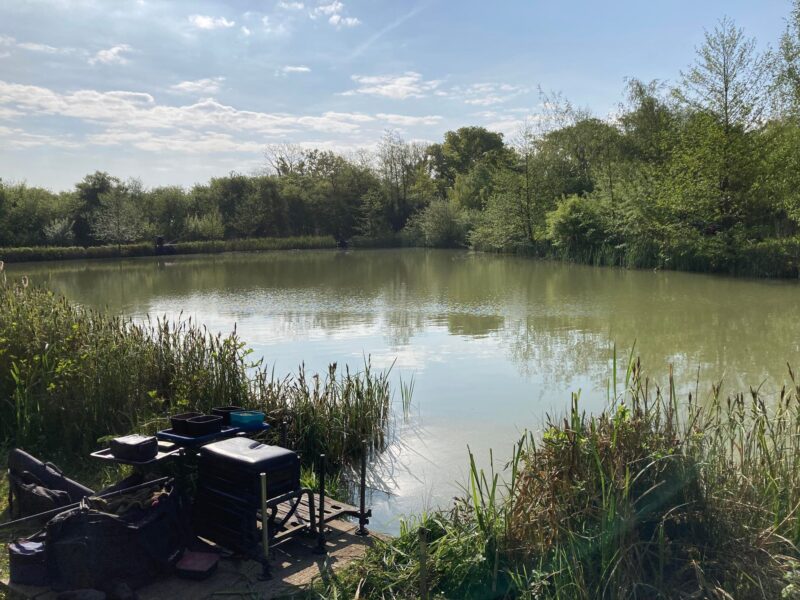 Another new venue for me this week with Stokes latest match at Higher Farm, in fact it was two matches in one with the club officials holding their Committee Cup on one lake and then the rest of us oiks fishing the other pond! Chanter invited us for breakfast at his place cooked by the lovely Teresa (and it was top notch) and we all bunged a fiver in the charity pot.

We then headed to the fishery and after everyone had arrived, the draw got underway and our lake went first, I got peg 6 which obviously meant nothing to me as I hadn’t even seen the lake yet! When I got to my swim it looked lovely and there were quite a few dark shapes swimming around, my peg was on the end in the corner with a big reed bed on the right. Dave White was on my left with Emma on his left, Chanter on peg 1, Nick P on 2, Toastie was on 3 with Rob W on 4 and Andy B set his OP up in peg 5. 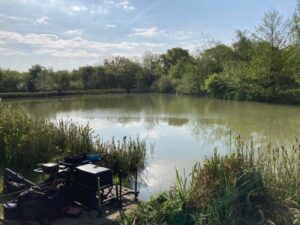 The view up the lake from peg 6

I set up a Drennan Crystal Dibber to fish shallow and a 0.4 gram float to fish banded pellet on the deck at 11.5 metres. On the side tray I had maggots, micros and plenty of 6mm Bait-Tech Carp and Coarse pellets. On the whistle I fed some micros and dead reds at 11.5 metres before starting shallow. Chanter was into a fish straight away and then after a few minutes of pinging out some pellets and lifting and dropping the rig, my pole tip was wrenched round by a small carp and I landed a 2lb fish. Dave had one not long after and already it was looking like we’d be in for a good day.

The next bite resulted in a small rudd but then I couldn’t get a bite and it was the same for everyone. There were still fish knocking the reeds on my right but I knew it would be carnage if I went anywhere near them. With over an hour gone, it was looking like I might have been a tad optimistic putting three nets in!

Dave started getting odd carp fishing on the deck and feeding pellets so I tried my depth rig and did miss a couple of bites but after an hour I hadn’t added anything else to my nets. Rob and Burnsey were getting odd carp although Rob had a bit of a disaster when he snapped a number four section but he managed to get his pole sections back. He also did well to land a nice carp on his light rig after it led him a merry dance.

It was a glorious sunny day and I kept having a go at mugging with the odd pod of carp swimming about but they weren’t having it. With half the match gone and nobody really catching (apart from Dave) I stuck another couple of sections on and went to 14.5 metres just off the far bank by the reeds. I was getting bites but the trouble was I was losing as many as I was landing! They weren’t even big fish at 2-3lb but as soon as the floats gone under they were in the reeds.

I switched to black hydro and tightened it up which helped to a certain extent but I was still having problems. When the whistle went to end proceedings, I’d come out on top against the carp (but only just!) with the score 13-10 to me and my hooklength box (and my nerves) had taken a battering. After packing up, I went to help with the weigh in which wouldn’t take long as several people had already chucked back with three people in a row not weighing, Emma (peg 8), Chanter (1) and Nick (2).

Terry ‘The Toast’ on peg 3 had 12lb 4oz, Rob W next door had 19lb 3oz and Andy B weighed 13lb 12oz. Then it was my turn and my silvers net containing a roach and a rudd weighed a massive 3oz, I thought my 13 carp would go somewhere around 35lb (if they averaged 2-3lb apiece) but they only went 26lb 7oz. Dave was last to weigh and had around 17 carp for 40lb 15oz and a comfortable win. Photo credit – Steve Chant* 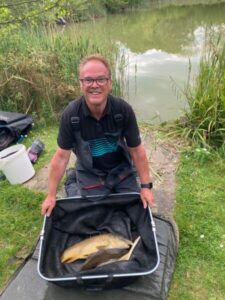 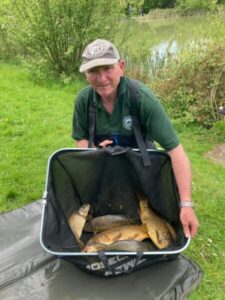 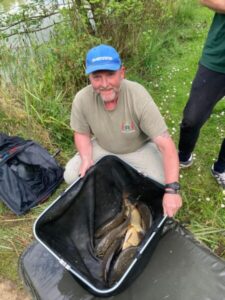 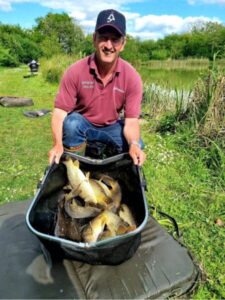 After a frustrating day I weighed 26lb 10oz for second* 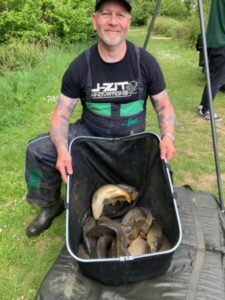 As for the Committee Cup on the other lake, it had been tough going there as well although some decent weights were recorded. Norts came out on top with an excellent 53lb 2oz of carp from peg 17 with Grand Wiz in second spot with 31lb from 15. Mike Goad had 22lb 10oz which included the top silvers of 2lb 11oz from peg 10. Thanks to Chris Norton for the photos** 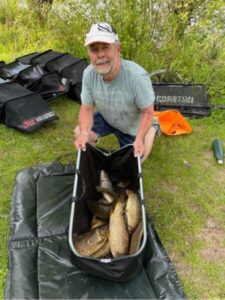 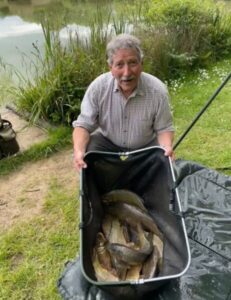 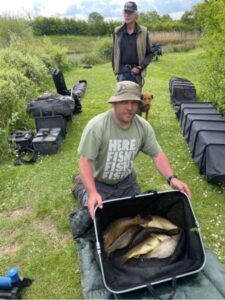 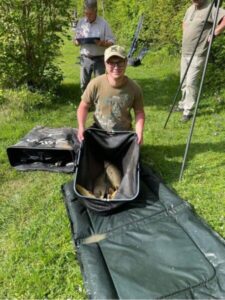 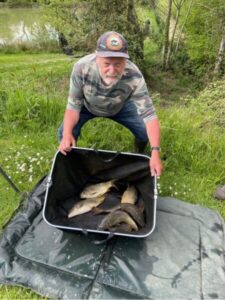 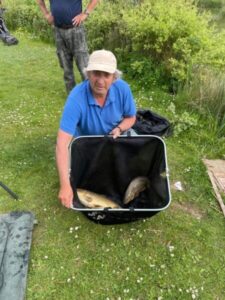 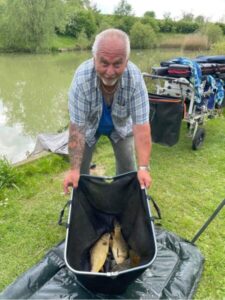 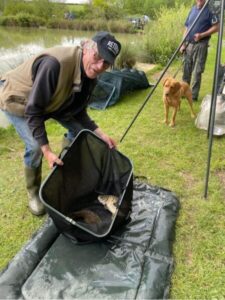 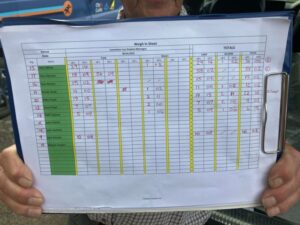 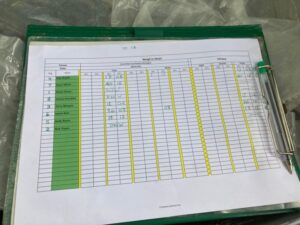 So a difficult day for many which might not have been helped by the carp starting to think about spawning. I picked up £41 for second place but the peg was definitely capable of winning and a better carp angler would have done on the day.