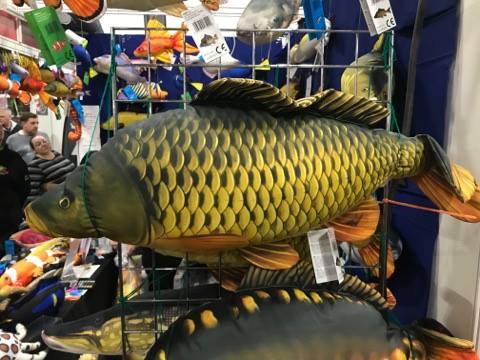 I always look forward to The Big One at Farnborough, it’s a chance to see friends I don’t get to see nearly enough, there are always some good deals to be had, you get to see the latest tackle before it hits the shops and of course there’s normally a fair few angling superstars and celebrities manning the stands. The show also had a new home for 2018 and it would be interesting to see how it compared to previous years. Hurf very kindly drove this time and it was his birthday too, we made good time and as we arrived we were directed by the parking stewards and drove past loads of people heading towards the show.

To be honest, parking seemed to be a little haphazard and there were a few grumbles about it but there were bound to be a few teething troubles when such a big operation is rehomed, we only had a 10-15 minute walk although there was a buggy shuttle service available but by all accounts there was a bit of a wait. There was also quite a lengthy queue to get in but it didn’t take long and we were soon inside deciding what to look at first.

After a quick chat with Richie Hull and Steve Tucker who were manning Garbolino’s pole alley, it was off to the Gillhams stand where it’s always lovely to catch up with the likes of Geoff Akroyd, Jut Cole, Ian Breslin, Jo Green and Jenny and Dean Handley. I bought some draw tickets hoping to win a holiday in paradise and then we headed over to see Hayley and the Bait-Tech crew. All the new products were on display and I’ll be taking a closer look at them over the coming weeks, the ones I’m really looking forward to trying are ‘The Juice’ groundbait, the latest addition to the Pro Natural range, Fine Lake Dark and the Special G glug. 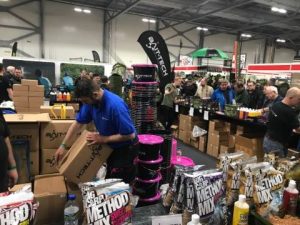 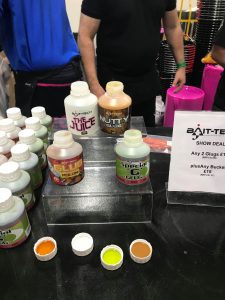 The Stick Mix Liquid range has also expanded with Berry, Scopex, Krill and Pineapple added to the popular Triple-N flavour, as well as stick mixes, they can be added to groundbaits or the water used to pump pellets, I’ll be having a play around with them and of course I’ll let you know how I get on. 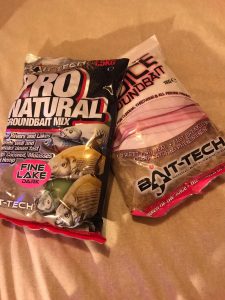 Looking forward to trying these out 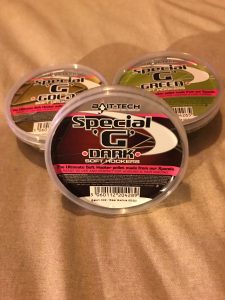 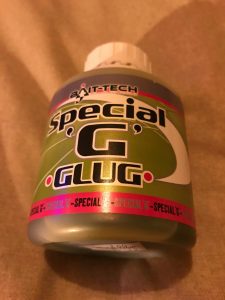 Hayley took us over to the GABY UK fish pillows stand and they are fantastic, they look good in photos but even better when you see them for real, a really tactile product and everybody loved them, Hurf even bought a gorgeous goldfish. They are available in a myriad of species, shapes and sizes, look out for my comprehensive review coming soon. 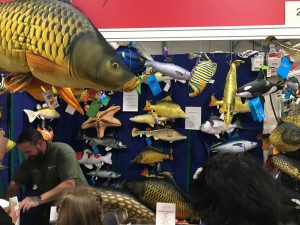 A shoal of fish pillows! 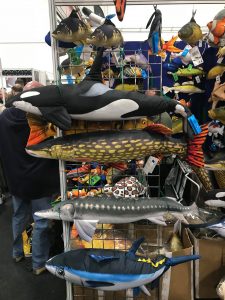 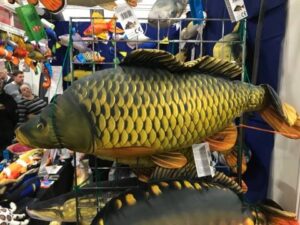 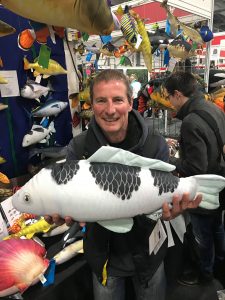 Hurf modelling one of the four koi designs

With our stomach’s rumbling, it was time for lunch and Hayley joined us, normally I have a whinge about the extortionate price of the food and how they’re taking advantage of a captive audience but I had pulled pork on a bed of chips with barbeque sauce and crispy onion bits, it cost me £7.50 but it was bloody lovely and easily the best grub I’ve had since I’ve been coming to the show. Hurf and Hayley both went for pizzas which also looked really nice. With our hunger abated, it was back to the fray.

We bumped into a few of the Chard lads, Picky, Dunner, Bushy and Mark and even the Torquay Tart put in an appearance (see photo below). 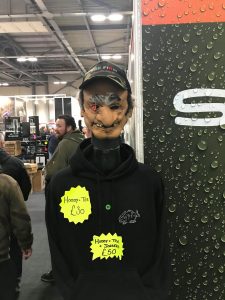 The Torquay Tart gets everywhere!

Everywhere you looked there were big stars from the angling world, Bob Nudd, Des Shipp, Lee Kerry, Bob Roberts, Steve Ringer, Tommy Pickering, Will Raison and Darren Cox to name a few. I would have loved to have added Des or Steve to the blogs list of interviews but they were in big demand and every time I walked past the Preston or Guru stands they were with someone and I’m sure Des thinks I’m stalking him!

Guru unveiled their new range of rods and very nice they looked too, they are made by Daiwa which I guess isn’t really a surprise given Steve Ringer has a foot in both camps. There were also two new boxes made by Rive and Guru are building a portfolio of top end products, I suppose it makes sense really, why try and compete against some of the best rod and box makers out there, just work with them to bring out quality products to your specification. The boxes are certainly popular and I’m sure they will sell an awful lot of these rods too. My budget didn’t quite extend to a new box or pole but I did buy some new pole pots and an EVA bait system! 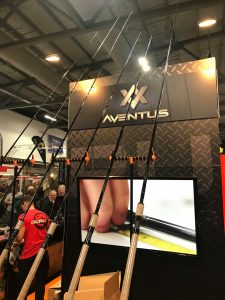 There was a lot of interest in the new Guru rods 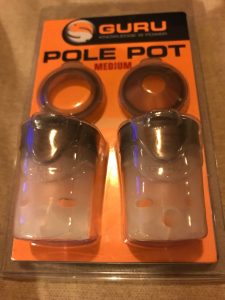 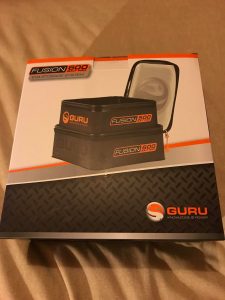 There are so many stands and we didn’t manage to get round them all but I did notice that carp clothing and bait along with lure fishing seem to be the growth areas and there is still a huge appetite for both branches of our wonderfully diverse sport.

Interest in fishing holidays to more exotic locations shows no signs of waning and anglers have more choice than ever, from Ireland, France and Spain to Thailand, Canada and even Africa you can fish for allsorts or weird and wonderful species including carp, catfish, sturgeon, arapaima and tigerfish, never has catching a River Monster been so accessible.

We also stopped by the Team England stand and had a chat with Alan Chadbone who was helping to raise money for the Disabled Team, it’s criminal that they (and the Ladies Team) have to fund themselves to fish World and Euro Championships for their country, when angling is the highest participant sport in the country. Anyway we both bought a fivers worth of tickets and I was chuffed for birthday boy Hurf when one of his tickets was a winner and his prize was a Daiwa Ninja reel worth £50, fair play to him as he donated another fiver to the cause.

Along with the outside catering area we visited earlier, there was another food hall upstairs so after a lot of walking about we went for a coffee and a sit down. It was a lovely big space with loads of seating but with well over an hour to go it was already winding down with most of the food stands closed although we were able to get a coffee. While we were there, some of the Daiwa lads turned up including a certain Will Raison and I toyed with the idea of going over for a chat but he’s just spent all day talking to the public and was having a well earned break so I wisely decided not to hassle him.

We said our goodbyes to Hayley and the Gillhams gang before heading back to the van and making our way home. So another great show despite a few little problems and a huge thanks to Hurf for driving on his birthday, hope you had a great day mate, I’m looking forward to next year already.

During the day, I spoke to quite a few people and hopefully it could lead to some more interviews and possibly a guest post or two, I’m not going to say too much in case it doesn’t happen but please stay with me as lots more planned over the coming weeks.