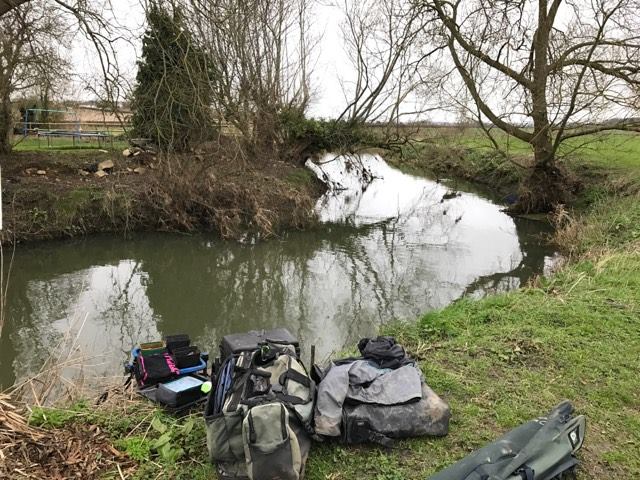 Whenever I talk about match fishing to people I know who don’t fish, they nearly all come out with the same statement ‘Yeah, but it’s all luck isn’t it?’. Now if you strip match fishing down to it’s basics, that statement isn’t too far off the mark is it?, the person that draws the best peg with either the biggest or the most fish in it, will win the match. As the saying goes ‘You can’t win off a bad peg’ which is basically true 99% of the time but conversely, plenty of matches have been lost on good pegs!

Certainly if you happen to be on Facebook Sunday and Wednesday evenings when all the fishing results start flooding in, it’s all ‘Well drawn’, ‘Another end peg/corner/feature’, ‘You should have won from there’ and that old favourite ‘Well done bunghole!’. So is that all fishing is then, a glorified lottery complete with it’s own bonus balls? Of course not, luck does play a part but so do so many other factors and these are why I believe ours is the most complex sport of them all.

Firstly lets look at some of the variables we are faced with every week,

there are probably other factors too but these I consider to be the main ones and they can all be influenced by one or more of the others, i.e. a winning peg on a venue in the summer might be a no hoper in the winter or a species needed to win can differ depending on conditions or the time of year and the weather can influence the methods you use, the permutations are almost endless and already you can see what a complicated game this fishing lark is!

Winning fishing competitions is easy, firstly you have to draw a peg that has enough fish in it to win on a particular day, fill your nets and take home a big fat envelope! Now given I was banging on about how complex our sport is, that may seem a strange statement but let me clarify it a bit. Winning matches is easy, not winning matches is even easier! If you draw the flier and get it right (even half right on some pegs!) you will take home the winners purse. If you pull out a peg that doesn’t have enough fish in it to win, it doesn’t matter if you’re the best angler in the world, you won’t be standing on the winners podium at the end of the day. But what makes our sport so intriguing is that it’s never as cut and dried as that, for instance at most venues there will be several fliers, one of which usually provides the winner, there will also be a number of decent pegs which are capable of framing or winning the section, some mediocre pegs and some downright no hopers! 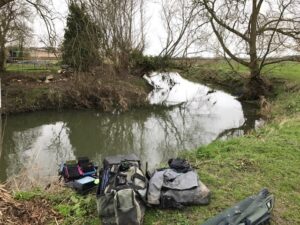 A nice looking peg but is it a winner?

Taking that into account, you turn up at your match and draw a mediocre peg or a no hoper, should you not bother fishing and go home? Plenty do if social media is anything to go by and back in the day when anglers were chasing Kamasan points, they would book into several matches and if they drew a duffer on one would have another bite of the cherry at a different venue! For me, I always go to my peg and give it my best shot and if you get a result from a peg nobody wanted, the feeling is almost as good as winning from a dolly peg! To be fair, it doesn’t happen very often but you could use the day to try something different, practice another method or just get your rigs right and the day has still been worthwhile.

There are also several ‘levellers’ in match fishing and these can turn a winning peg into an also ran and vice versa, now this statement might seem to fly in the face of what I said earlier but in this crazily complicated sport of ours, the playing field is never the same and the much sought after flier pegs can change week to week depending on the weather or time of year but other factors can also come into play. Perhaps an less experienced angler pulls out the fancied peg or somebody who doesn’t know the venue, maybe it’s a peg that requires the use of a long pole but on the day it’s blowing a gale. Then you have the wild card that is a bonus fish, these fish can turn the form book upside down, a 10lb carp on a canal or a double figure barbel on a river can do wonders for your overall weight! 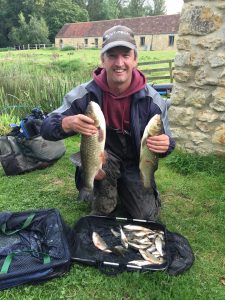 As mentioned earlier, luck does play a part in every match especially with the peg you end up on but it can influence the result in other ways too, one day you’ll land every foul hooked fish, the next match they all come off! The same with the above mentioned bonus fish, in one match you’ll catch several from a non-descript peg and become a hero, on another day you’ll draw the big fish bush peg and sit it out all day with piece of corn or a big worm, not get a bite and slope off home with your tail between your legs! How many times have you had a fish come off at the net and it costs you, or you lose several leaping skimmers and just miss out on framing by ounces, then the next time, you do nothing different and land every one to win comfortably.

Every time we head to a match we’re faced with the same massively complicated equation where all the stars have to align for us to get a result, it goes something like this,

sometimes you can take one or more elements out of the equation and still get a result, other times you can fall at the first hurdle (i.e. not draw a peg capable of winning on the day).

Let’s look at a couple of examples,

Example one – It’s October and you draw a sweeping bend on a river with a nice bush on the far side, there’s been no rain for months and the river is low and clear, fishing maggots is a waste of time as you just get ‘minnowed out’ so you try caster but every time you hook a slightly better roach or chublet it gets taken by a pike and you spend most the match tying on new hooklengths. You weigh in 2lb 5oz and finish nowhere, after the match you say to another angler that you didn’t feel there were enough quality fish in the peg to do well.

Example two – It’s now November and you draw the same peg but this time it’s rained all week, stopping on Friday and by the time of the match, the river is nicely coloured up and fining down. It’s mild for the time of year and first run down with double maggot you get a clonking 12oz roach and continue to catch all day, you don’t have any problems with minnows and no pike trouble all day. You end up with 18lb 10oz of quality roach to win the match comfortably and you mention to the same angler that you had a fantastic day!

These examples raise several points, was there anything you could have done in example one to get a result? I’m not sure! Were those roach there in October but just not feeding because of the river conditions? Or did they move into the peg because of the conditions? We’ll probably never know! In example two, there are lots of opportunities to cock it up, bumping or losing fish, over feeding or maybe getting a horrendous tangle and not having a duplicate rig (poor preparation). Sometimes these things won’t make a difference and you’ll still go on to win the match, other times you go back to the results saying ‘What if?’ Hopefully you can start to see why angling is probably the most complex sport of them all! 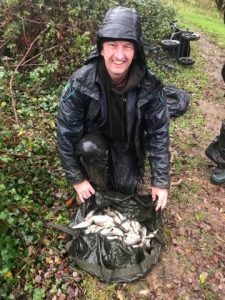 We fish in all weathers!

Now given all of the above, when you have the likes of Des Shipp, Will Raison and Steve Ringer amongst others, consistently winning all of the country and even worldwide, that just makes it all the more impressive. Just why are they so good? It’s something I’m going to try and explore more in an upcoming post.

In this post I’ve touched upon luck and the part it undoubtedly plays in every match we fish but is there a way we can turn the tide of fortune in our favour, I’ll be looking into that in my next post.